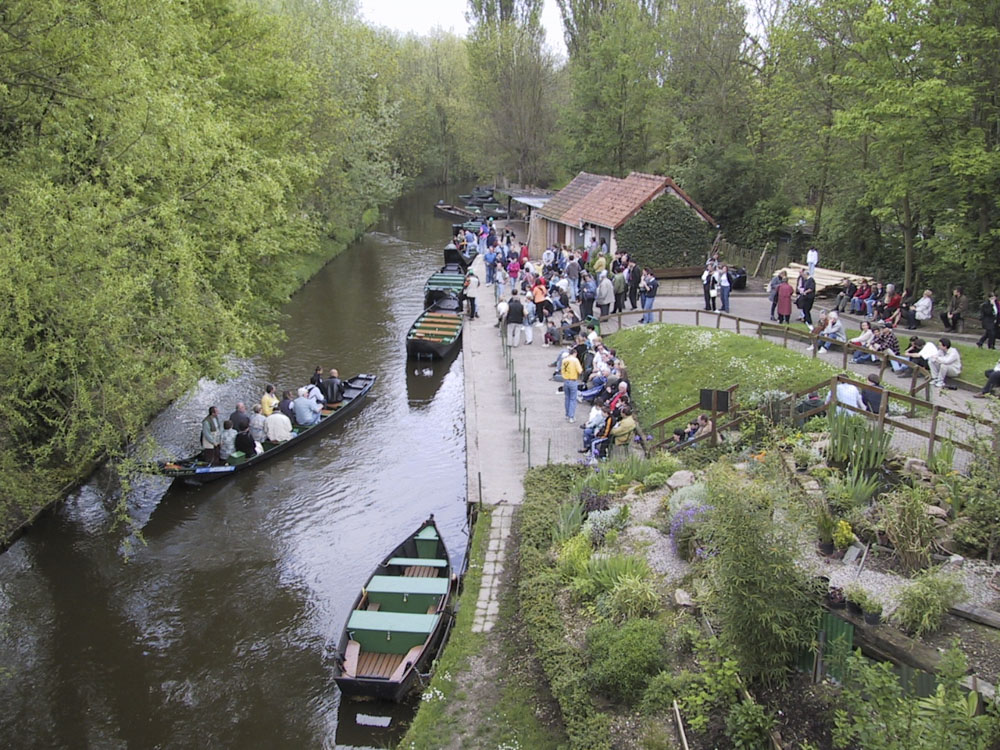 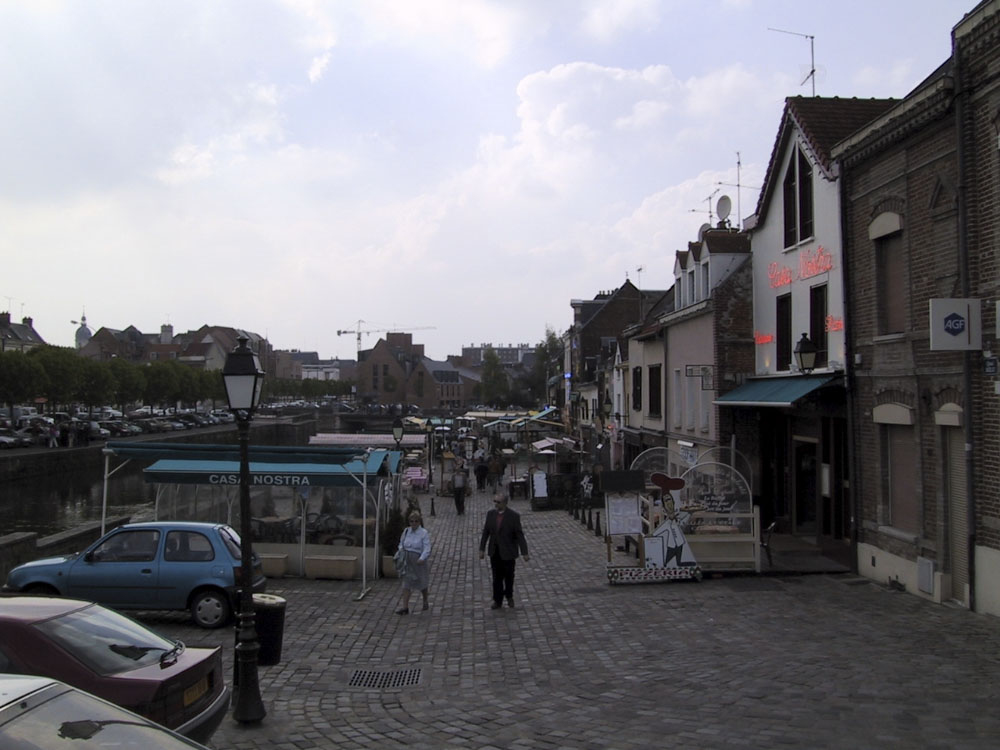 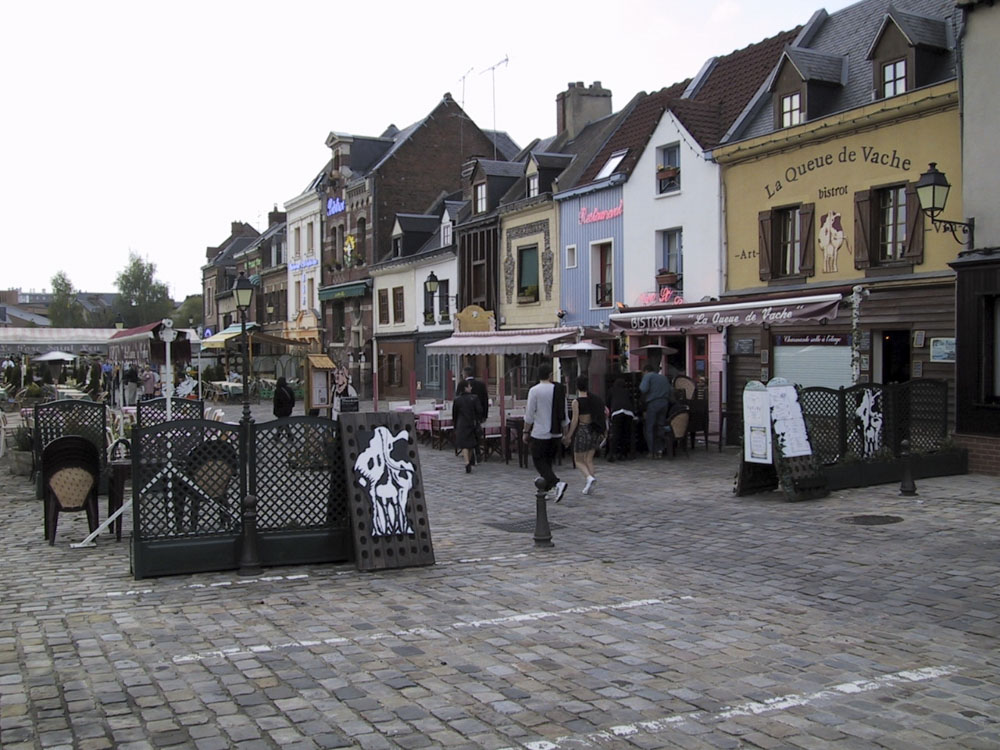 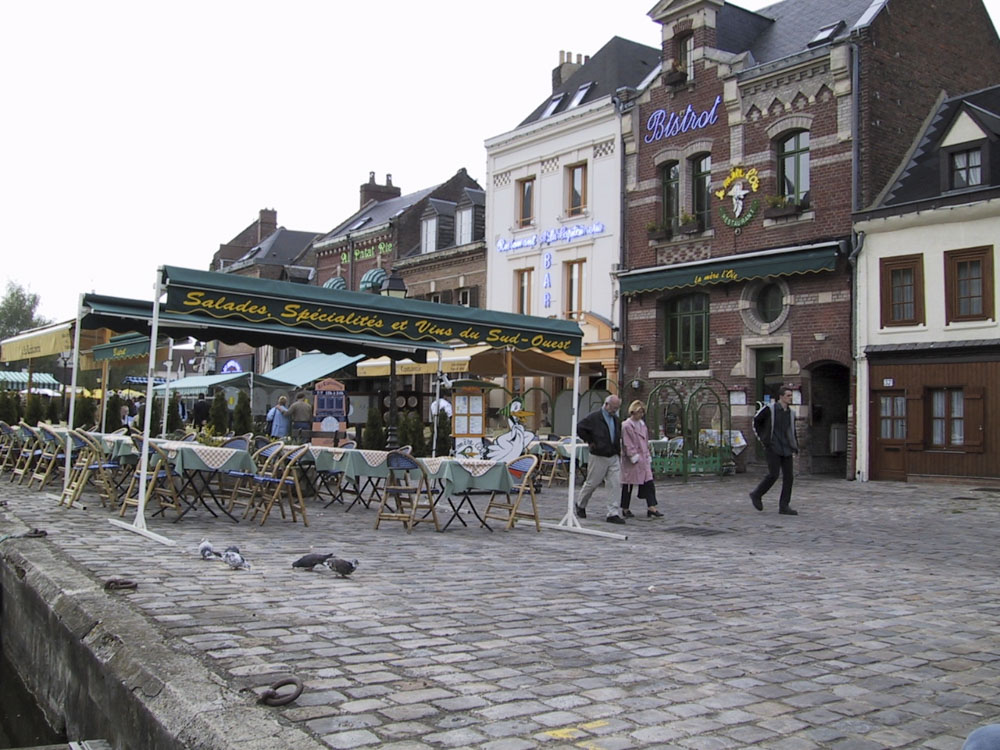 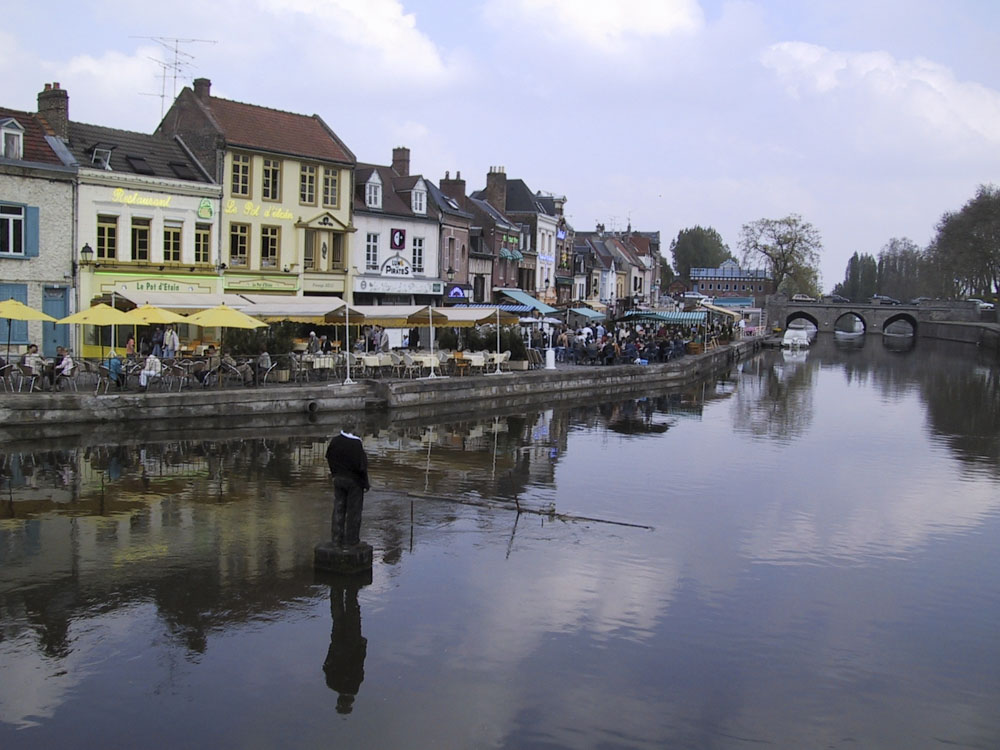 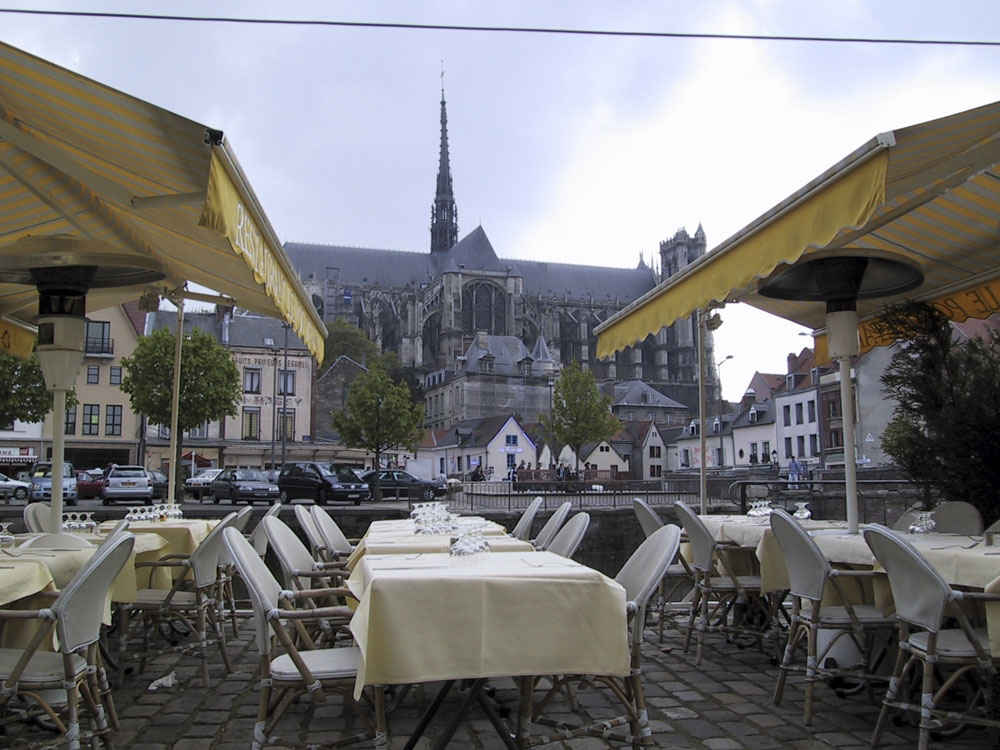 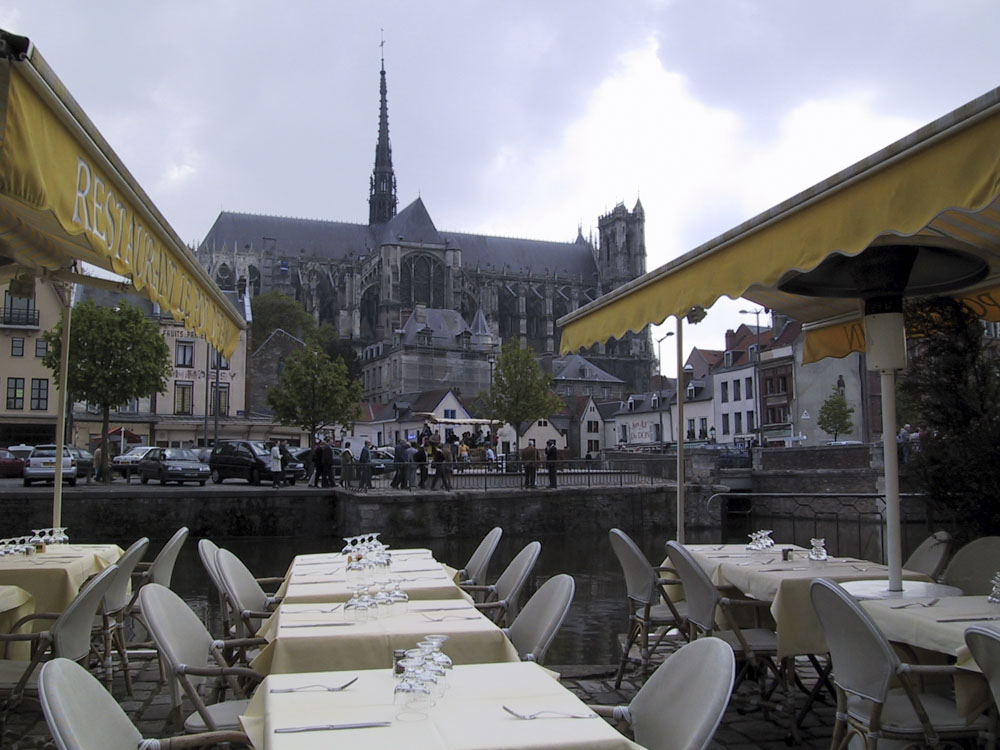 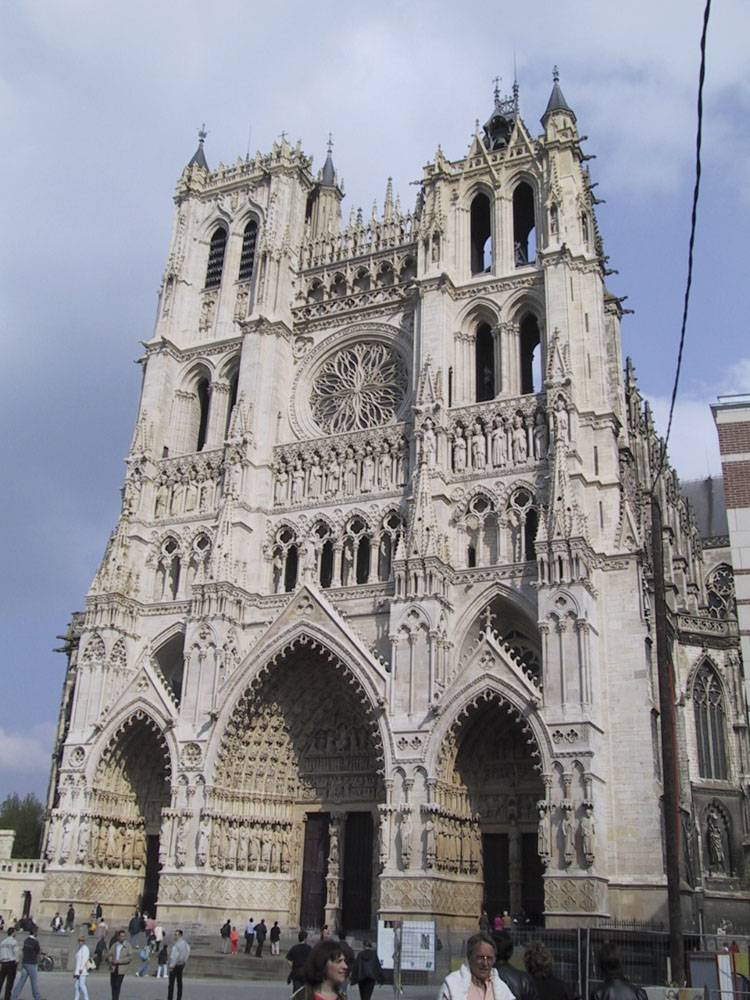 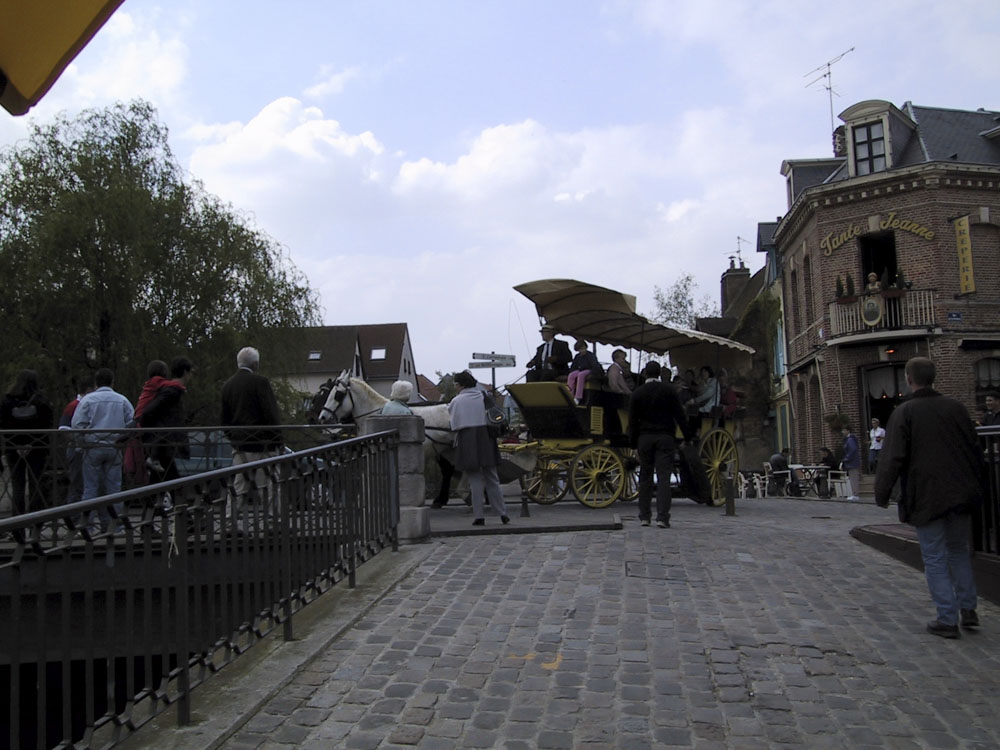 Amiens is the capital city of the Somme department in Picardy, northern France.  It is located 75 miles north of Paris and 62 miles south-west of Lille and, despite heavy traffic pounding the ring road built over its old city walls, it lies in the peaceful valley of the Somme river where the Selle and Avre tributaries flow into it. The Somme Canal passes through the town to the English Channel and the surrounding countryside has much to recommend it.

Amiens suffered huge damage in both world wars and has been substantially rebuilt. The city is divided into a number of neighbourhoods or ‘quartiers’, each with their own characteristics.  In total there are approximately 150,000 residents spread throughout the districts.

Saint-Leu
Just north of the town centre, St.-Leu is a very Flemish-looking mixture of canals and small wooden and brick houses which was once the hub of Amiens’ thriving textile industry, specialising in the production of velvet.   Although originally medieval, it was a neglected part of town but, since extensive renovation in the 1990s, it has become a popular tourist and student area with plenty of attractive cafés, restaurants and nightclubs along the waterfront.  The old slum dwellings have been replaced with highly desirable houses on cobbled streets and part of Amiens University is located here.

Saint-Maurice
Situated east of the Madeleine cemetery, St.-Maurice is the industrial part of Amiens.  It is currently being redeveloped and the walls of the town’s former dye factory are now part of the Art & Design School.  The engineering and technology faculty of Amiens University is in this neighbourhood.

Henriville
Built during the 19th century after the demolition of the city wall, The Henriville area lies south of the town centre.  It has some interesting town houses, including Jules Verne’s house and several architectural buildings of special interest including neoclassical and neogothic styles constructed during this period.

Saint-Acheul
Archaelogical excavations in the 19th century revealed prehistoric tools in this neighbourhood, north of the main town.  It is also the site of a military cemetery from World War I.  It contains several English-style houses and is sometimes referred to as the English Neighbourhood.  St.-Acheul is the site of a military cemetery from the First World War. Towards the boundary of this area lie the “hortillonnages”, a marshy area criss-crossed by canals.

Other working class areas within Amiens are the Pigeonnier, famous for its weekend market in the north, Etouvie in the east and Victorine Autier in the south east.  These are troubled social areas in need of investment and redevelopment.

Book a Hotel in Amiens

Amiens is a very ancient city that was originally known as Samarobriva (Somme Bridge) by the Gauls.   The Romans later renamed it Ambianum after the settlement of the Ambiani people, one of the principal tribes of Gaul, and their word ‘ambe’ meaning river, a reference to the Somme.   During the Roman era, it was the main town of northern France, serving as the headquarters for Julius Caesar during the Gallic War.    In the 1st century BC, the Romans were using coinage and the prosperity of the city meant it was a target for  warfare between rival barbarian tribes.    The Normans occupied Amiens in the 9th and 10th centuries forming a municipal society making the city the home of powerful and wealthy merchants.

In recent history, the Battle of Amiens was the opening phase of the Hundred Days Offensive in World War I.  This offensive led to the armistice which ended the war.  During World War II, the Picardy region was occupied by Nazi troops and Amiens, in particular, suffered partial destruction before being liberated.

Post war and the French cultural revolution, the city was rebuilt according to Pierre Dufau’s designs with a focus on widening the streets to ease traffic congestion.  On 2 June 1960 the new region of Picardy was formed from the departments of Aisne, Oise and Somme.   In the 1990s there was a period of energy in the city and the St.-Leu renovations were completed.  The University was moved to the city centre and The Vallée des Vignes neighbourhood was developed in the south.

There are two sides to Amiens, an active metropolis and a country town.  It is an attractive city full of student life and jollity which happily combines with its heritage of classical buildings and academic excellence.

Amiens boasts a number of world heritage sites including the Notre-Dame d’Amiens Cathédral, the Folleville church and three outstanding belfries: The Belfry of Lucheux, the Belfry of Amiens and the Belfry of Doullens.

The Cathédrale Notre-Dame d’Amiens was constructed in 1220 and is the largest Gothic cathedral in France.  It is situated on a slight ridge overlooking the River Somme and dominates the city.  It was financed by the cultivation of woad, a plant used to make blue dye, and built to house the head of St. John the Baptist which is still on display.  The Cathedral is noted for the quality and quantity of 13th century  Gothic sculptures on its exterior façade and its magnificent 3 tiered interior.  Amiens Cathedral was badly damaged by bombing raids during World War II but was restored by 1956.

Five minutes walk down rue de la République is an opulent 19th century mansion which houses the Musée de Picadie, famously exhibiting several 16th century portraits, religious icons and bronze statues.  It is one of the largest regional museums in France and its collections stretch from prehistory to the 19th century including works by El Greco, Camille Corot, Edouard Vuillard, Pablo Picasso, Joan Miró and Francis Bacon.   Musée de l’Hôtel de Berny is an annexe to the main museum with objets d’arts and local history collections.  The house of Jules Verne, who spent most of his life in Amiens, is located at 2 rue Charles-Dubois.  It is a grand 19th century mansion house where he wrote several of his books.  An interesting, authentic, little museum this is well worth a visit to see his manuscripts and maps of his travels.

On the edge of town, the man-made canals still provide a useful function as waterways for the ‘hortillonages’ – a unique series of incredibly fertile market gardens reclaimed from the marshes of the slow-flowing Somme.   The hortillonages, “floating gardens”, are a fascinating and scenically beautiful aspect of Amiens.  You can explore these colourful gardens in special boats called “barques à cornet” – they cover 300 hectares and are interlaced with 65 km of small canals known locally as “rieux”.  The area has been cultivated since the Middle Ages and the produce is still taken to market on Saturday mornings:  the marché sur l’eau, on the riverbank at Parmentier.   There are  superb walks along the towpath but it is an unforgettable experience to take a guided 30 minute boat trip with one of the guides from the Association des Hortillonnages.    On the third Sunday in June, dressed in traditional costume, the market gardeners travel up the Somme in their boats for the Fête d’Amiens, a tradition that has taken place for generations.

Samara, a large museum-type park is found just to the west of the city at Tirancourt, which recreates the life of prehistoric man in Northern Europe with exhibitions of dwellings and visual displays of the way of life and industry of early man.

There are several parks and gardens in Amiens including the Jardin Le Clos Alexandre, Jardin floral du Château de Digeon,  Jardins de Maizicourt, Parc Saint-Pierre and Jardin des Plantes which are especially tranquil and relaxing places to visit.  Cimetiére paysager de la Madeleine is one of France’s most beautiful and romantic cemeteries with old funerary monuments (including Jules Verne’s tomb) and ancient trees.

All year round there are numerous events taking place making the capital a festive and convivial place.  Since the sixties, Amiens has had an important relationship with contemporary art, examples of which are featured in different districts all around the city.  In Spring, the Jazz and World Music Festival takes place and in the Autumn the international Film Festival of Amiens brings together artistes and talents from all over the world.   The St.-Leu district is a lively place and the Lune des Pirates concert hall on the quai Bélu is an excellent venue for a good night out as is La Maison de la Culture.

One of the best hotels in Amiens is the 4 star Mercure Amiens Cathédral located opposite the cathedral in the oldest part of the town with L’Echanson, the hotel’s restaurant, serving delicious food from local and regional produce.  There is a good selection of reasonably priced hotels with family rooms and restaurants throughout the city.  B & Bs in historic houses are excellent value and there are also apartments to rent.

The most attractive neighbourhood for brasséries and restaurants is Saint Leu below the Cathedral in the pretty, cobbled Place du Don where there are several places to sit in the sun and watch the world go by.  The Soupe à Cailloux,  As du Don and La Couronne serve a selection of regional dishes at reasonable prices which makes them popular venues to meet friends.   Amiens’ best gourmet restaurant, Les  Marissons, looks over the canal by the Pont de la Dodane which is a real treat.    In the upper town area near the station, the T’chiot Zinc restaurant is conveniently located  at 18 Rue Noyon and there are plenty of bars and cafés to cater for every occasion.

Amiens has a history of producing local specialities including Macarons d’Amiens (macaroon biscuits) first created in the 16th century, chocolate tuiles, duck pâté and Ficelle Picards (an oven-baked cheese-topped crépe with ham and mushroom filling) – all of which can be found in local establishments.

By rail: Amiens has two stations: the Gare d’Amiens and the Gare de Saint-Roche  (Somme).  The station Gare TGV Haute-Picardie on the TGV line Lille-Paris  is reachable by bus from Amiens.

By car: Amiens is served by several motorways.
A16 to Calais via Abbeville and Boulogne-sur-Mer
A16 to Paris via Beauvais
A29 to Rouen and Le Havre via Neufchâtel-en-Bray
A29 to Riems via Saint-Quentin and Laon 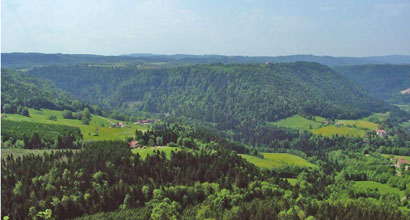 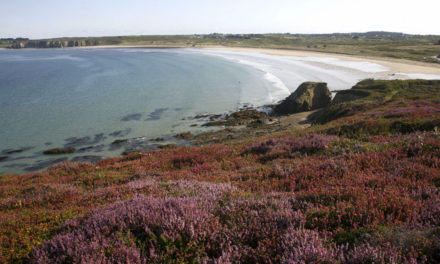 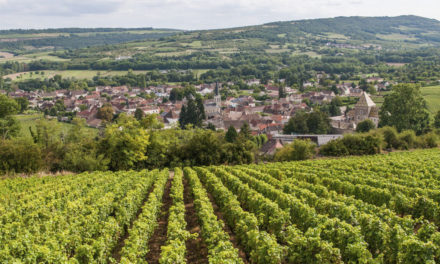