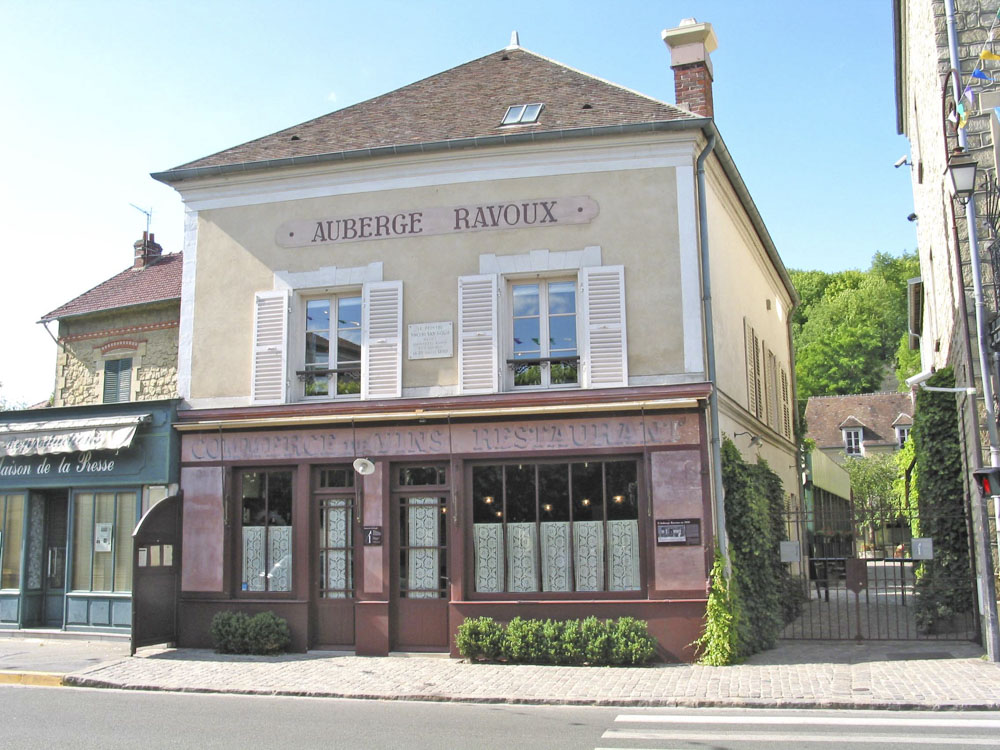 To visit  Auvers-Sur-Oise, for lovers of paintings by artists such as Van Gogh (Visit the House of Van Gogh)  and Daubigny, is to make a pilgrimage to a shrine of impressionism at its height. The landmarks and places to visit are numerous and the setting retains much of its charm of yesteryear, immortalised in so many famous works. Adopted by the artists for its proximity to Paris and the ease of travel by steam train and for the sleepy rural setting of the banks of the River Oise on which the Parisians liked to picnic when they were not boating, Van Gogh painted his last 70 or so paintings here and it was here too that he died, two days after he had shot himself in the chest with a revolver on the edge of a cornfield behind the château. He and his brother Theo, who lived with him and who followed him shortly afterward to his grave, are buried in the churchyard side by side. The Auberge Ravoux where he lived remains to this day and his bedroom and that of a fellow artist have been kept exactly as they were giving an extraordinary insight into the life of artists of that period.

Book a Hotel in Auvers-sur-Oise

Along the road from his house in a peaceful park, a modernistic metal statue of Van Gogh surveys the children as they play. The  Musee d’Absinthe is a reminder of  the appeal this forbidden drink had for the artistic temperament whether of writers or artists. Beyond the Chateau on the way out of town is the house of Doctor Gachet, a medical man who advocated the use of Homeopathy and cared for many artists, amongst them Van Gogh, Cézanne, Pissarro and the Renoir family.

The Château of Auvers

The Château of Auvers has a remarkable exhibition which takes one on a trip back through time to the days of the Impressionists. This walk-through show is fascinating and during the passage of 90 minutes, accompanied with an infra red headset, you will be guided through more than 600 slides of impressionist paintings. Atmospheric music and scenery help to recreate the era of Monet, Cézanne, Pissarro and Daubigny. The Château also hosts corporate events and functions as well as weddings and seminars.

Daubigny not only has a museum dedicated to his work and named after him in Auvers, but also has a delightful ‘workshop’ or ‘Atelier’ in his  home, a short stroll from the château. The Museum has works from the 19th and 20th century and the collection was started by Daubigny’s family, Raskin-Daubigny and by the Goeneutte family, descendants of Norbert Goeneutte, a painter and engraver, whose works were much commented on by Manet, Degas and Renoir.  Currently inhabited by his great grandson, the workshop is incredible for the walls which the great man decorated himself.  In the dining room he was aided by his son Karl who painted a splendid cockerel, whilst his daughter, Cecile,  added other decorations around the larger panels painted by her father. It was for Cecile’s 20th birthday that Daubigny gave her a most unusual and charming present, decorating her bedroom with images of the toys and symbols reminiscent of her childhood days.  Next door, the studio itself with its high ceiling and windows, is in stark contrast to the previous small rooms in terms of its scale and it boasts a superb mural by Corot featuring souvenirs of Italy which were executed on ‘rainy days’ and finished in 1873. The house was restored between 1983 and 1990 by Daubigny’s descendants and listed in 1991. The workshop is open every afternoon from Easter to 1st November but is closed on Mondays, Tuesdays and Wednesdays excepting bank holidays. 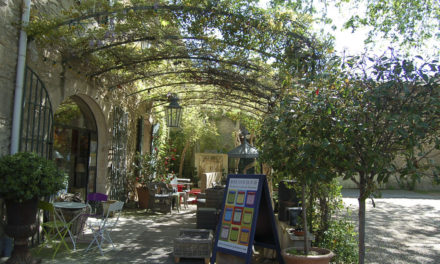 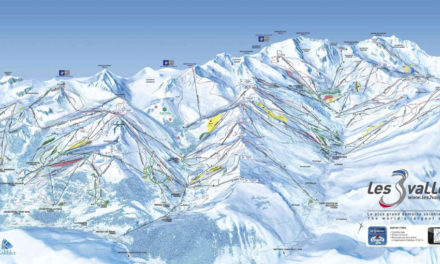 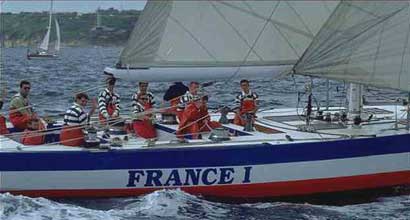 The Region of Brittany 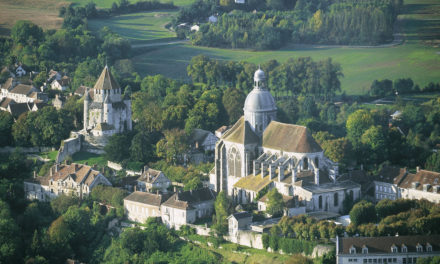