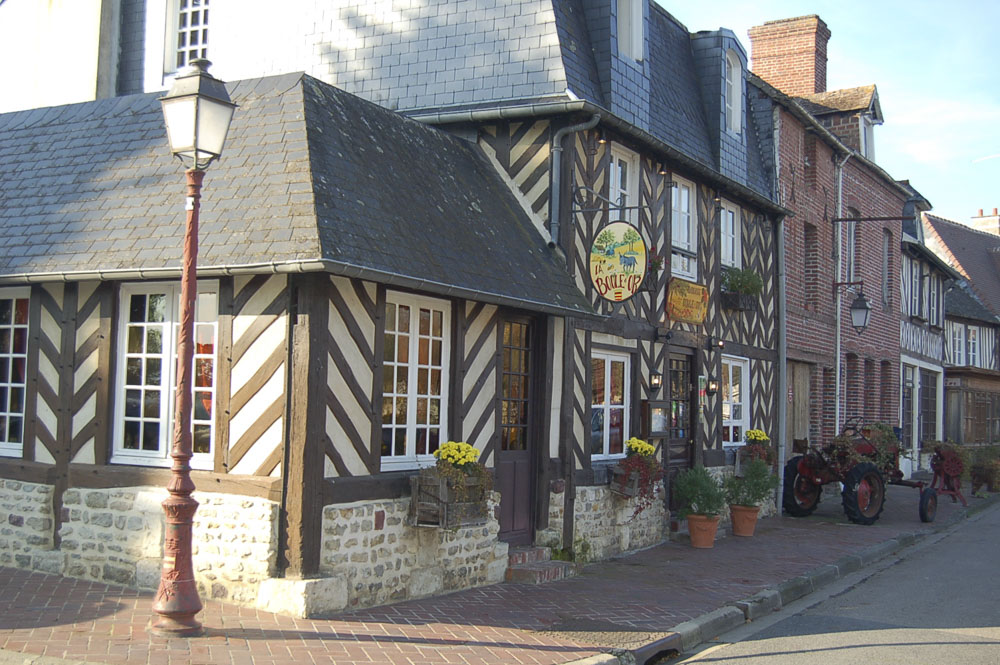 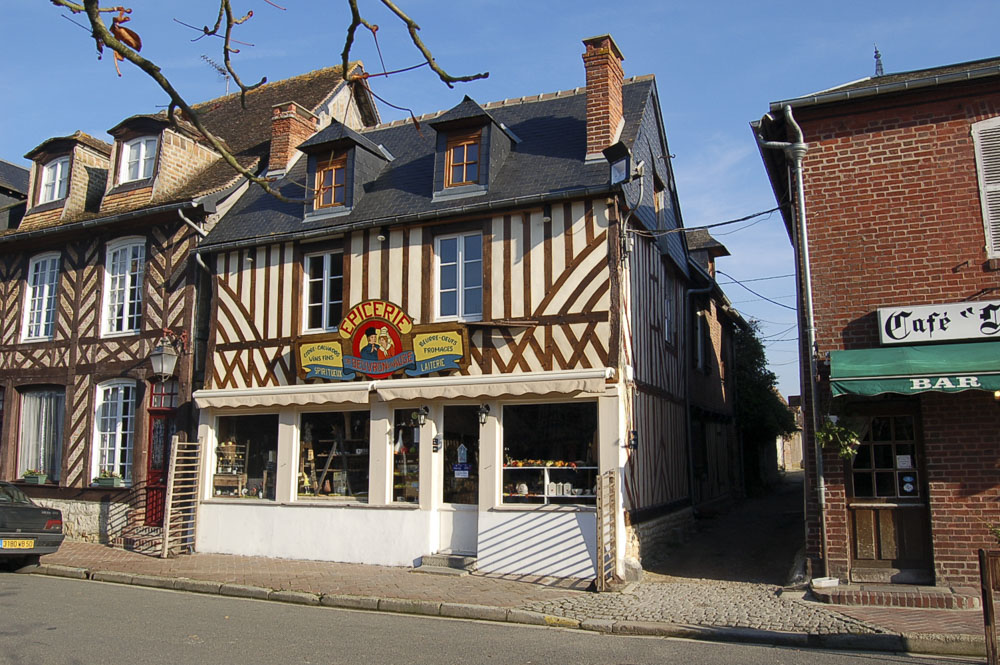 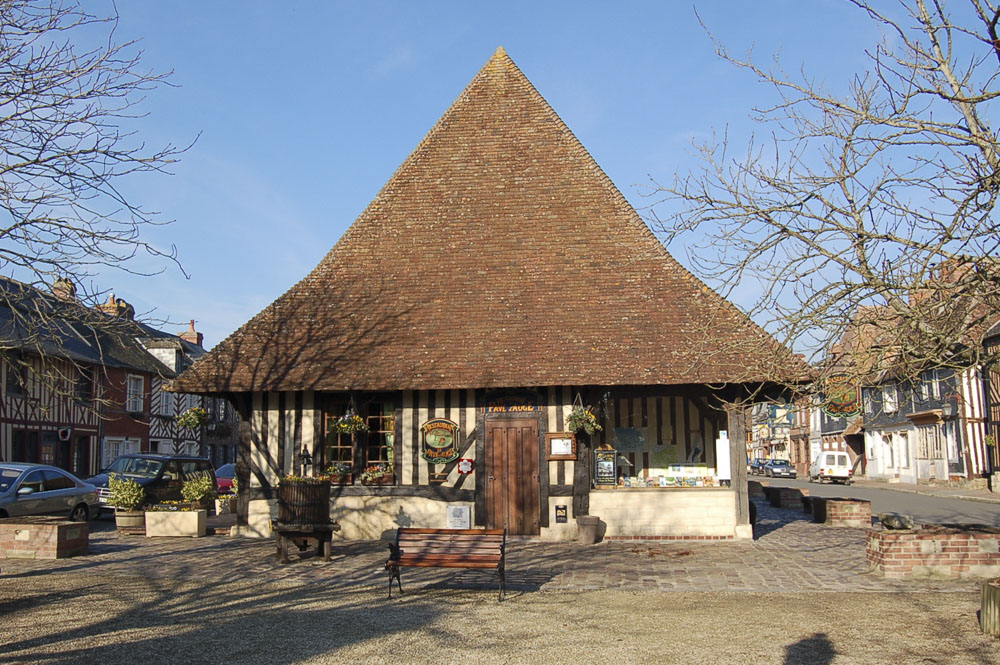 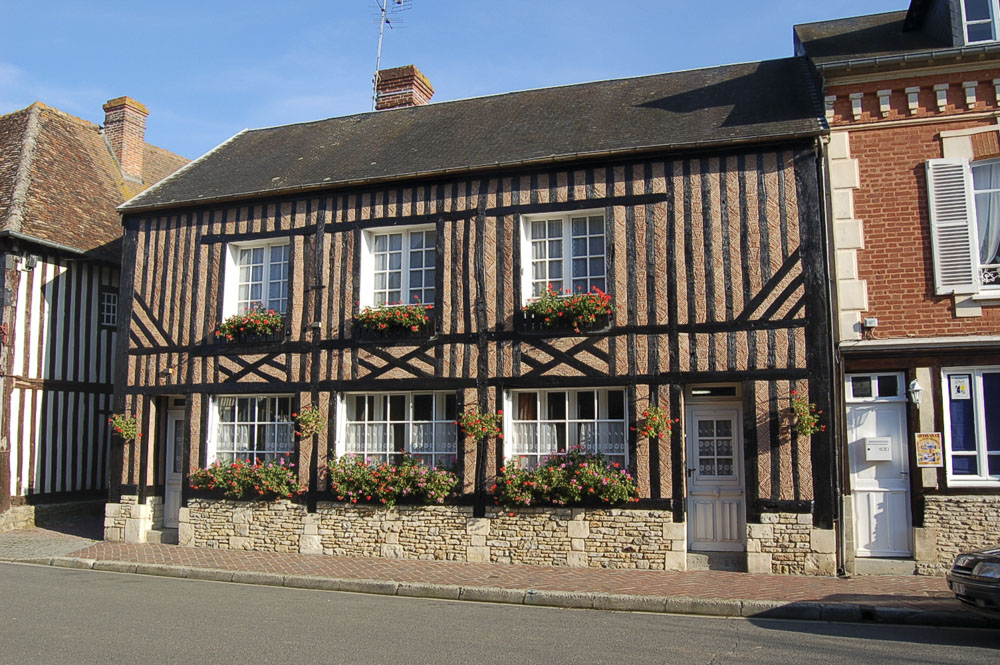 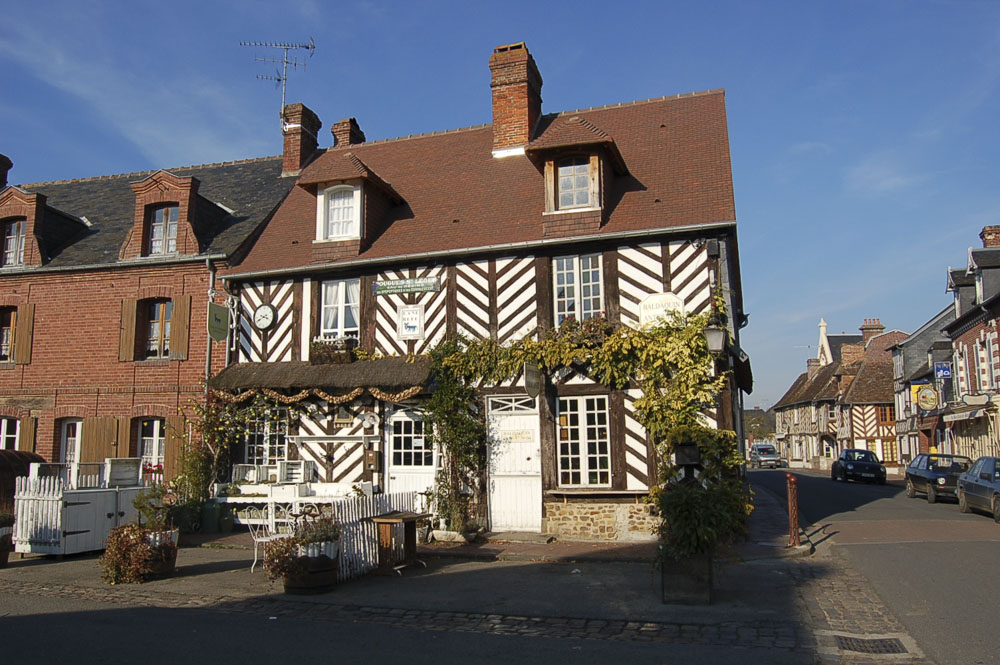 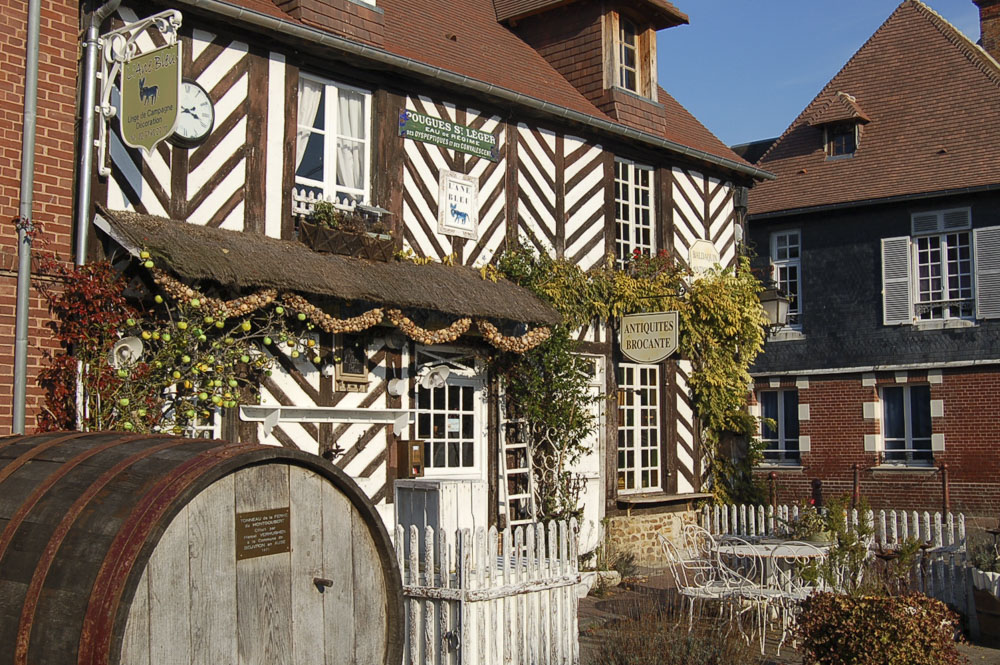 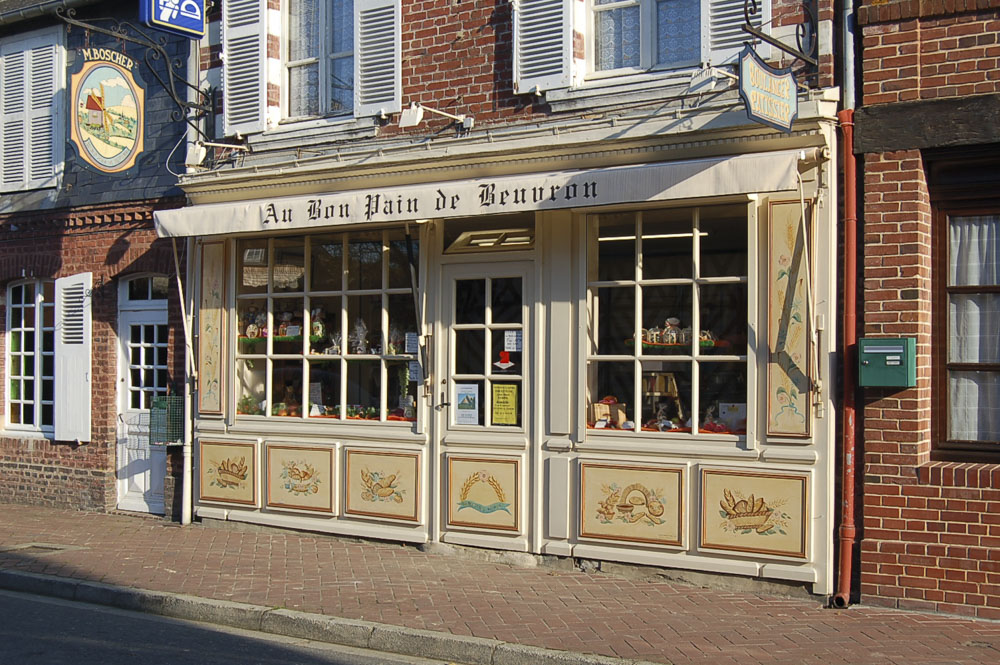 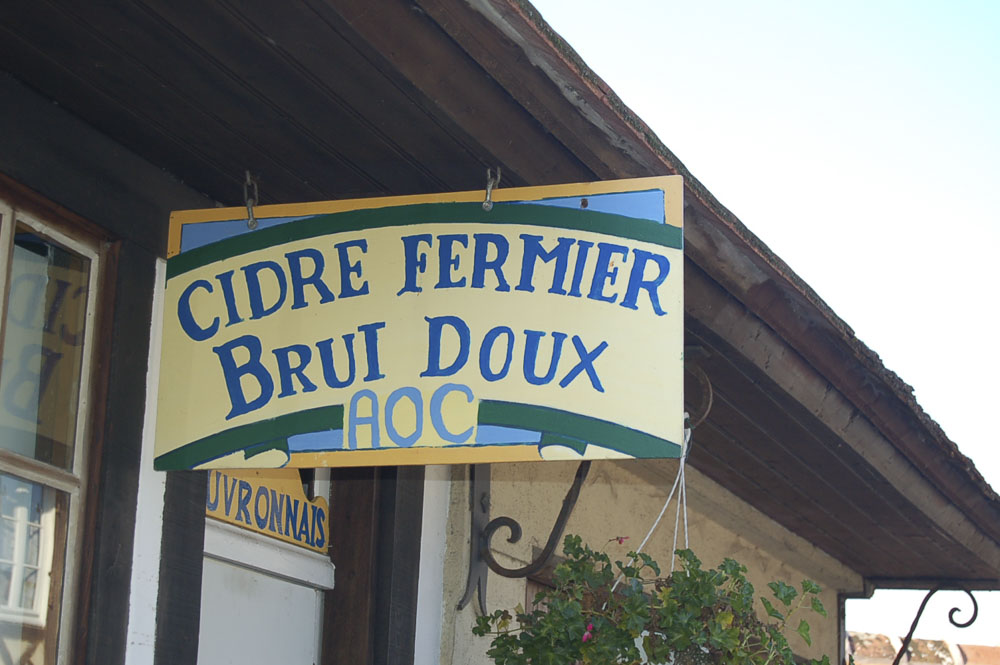 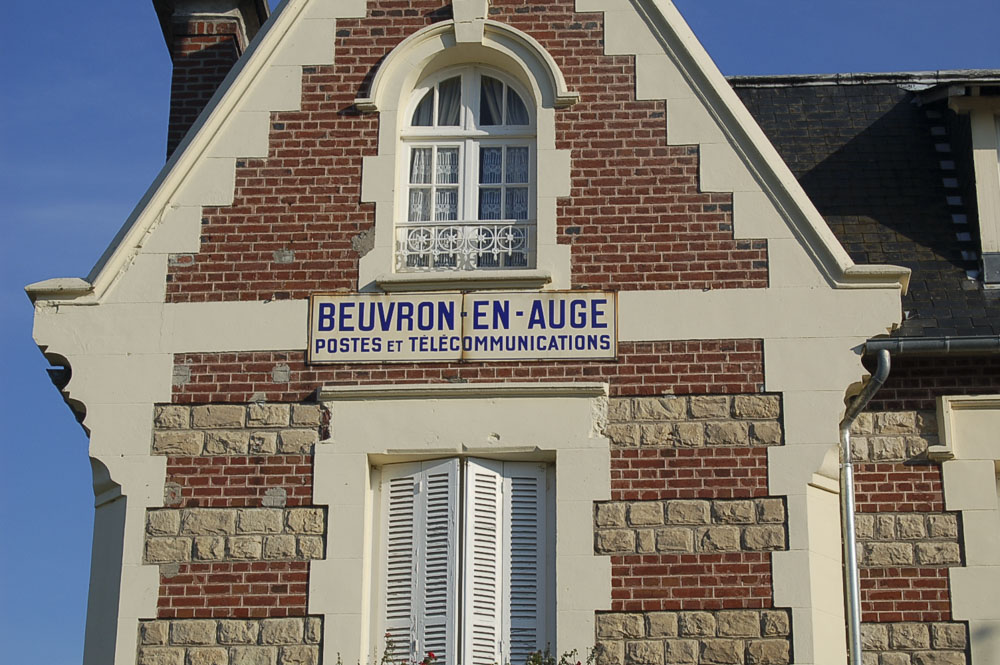 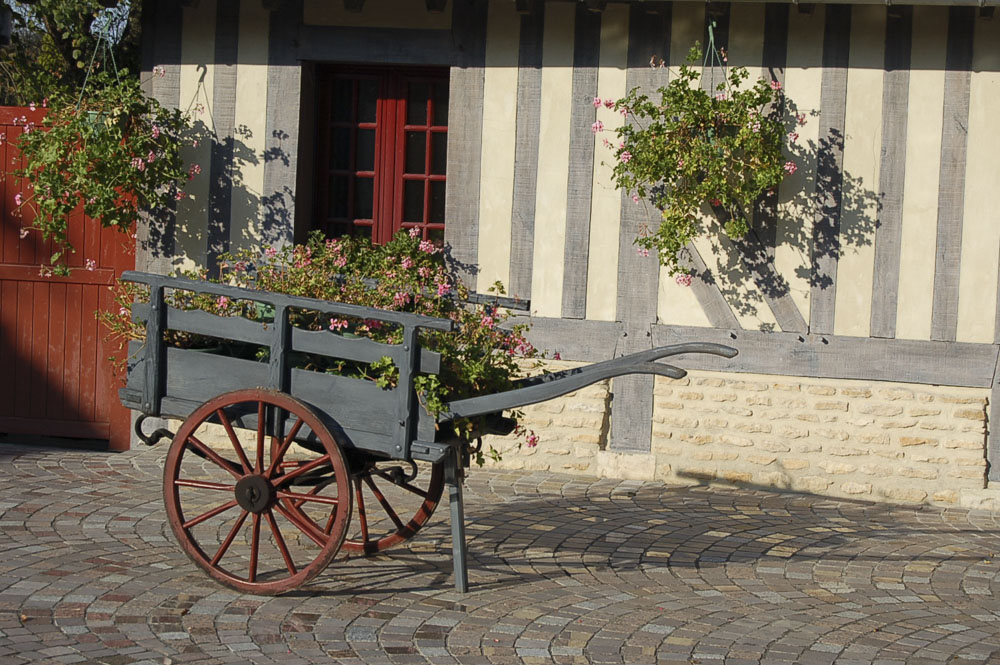 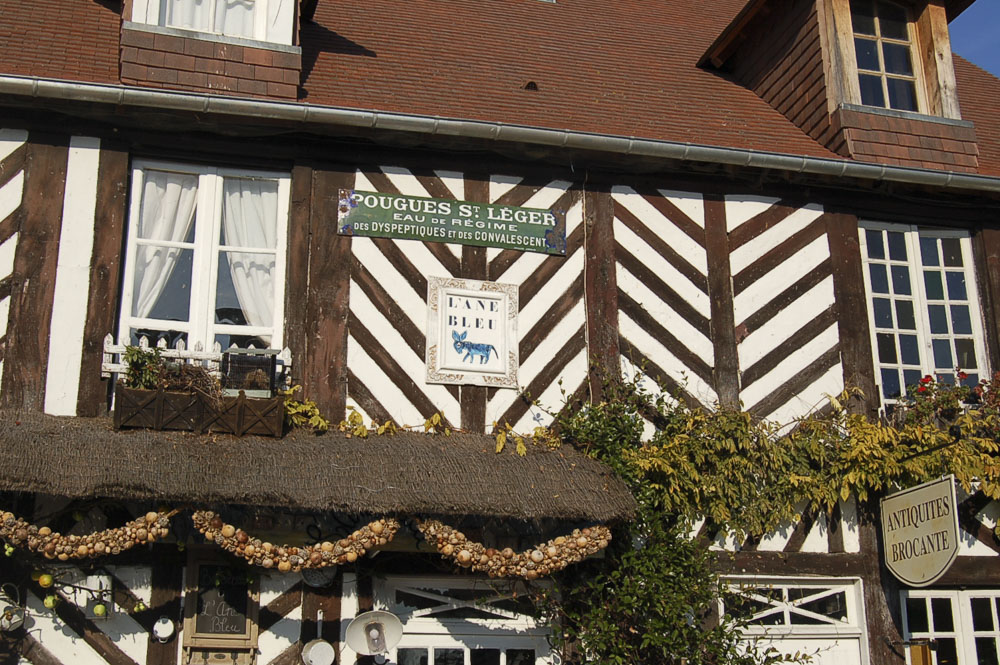 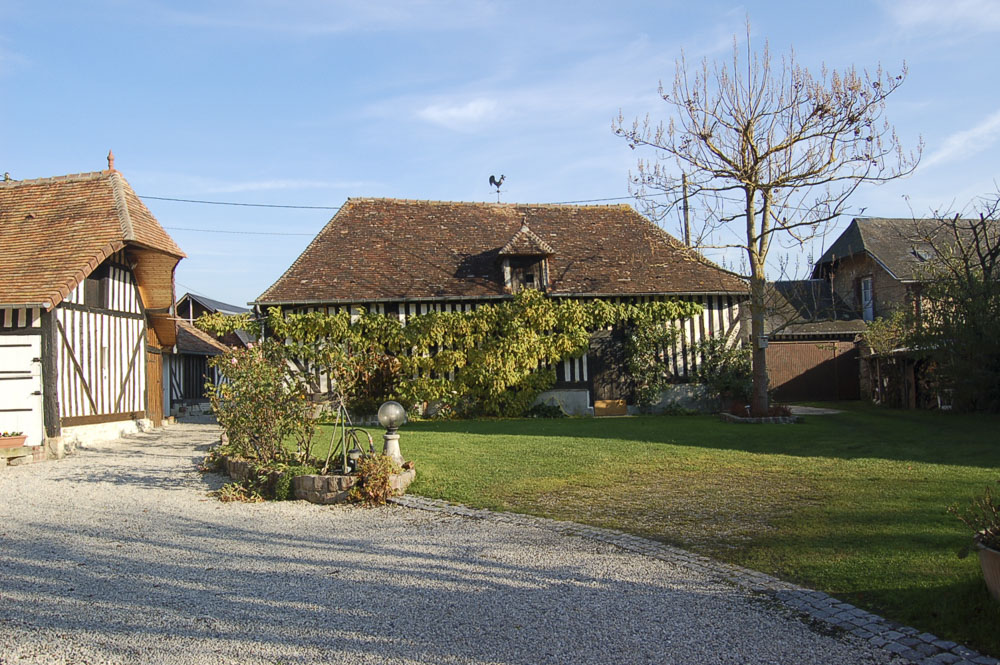 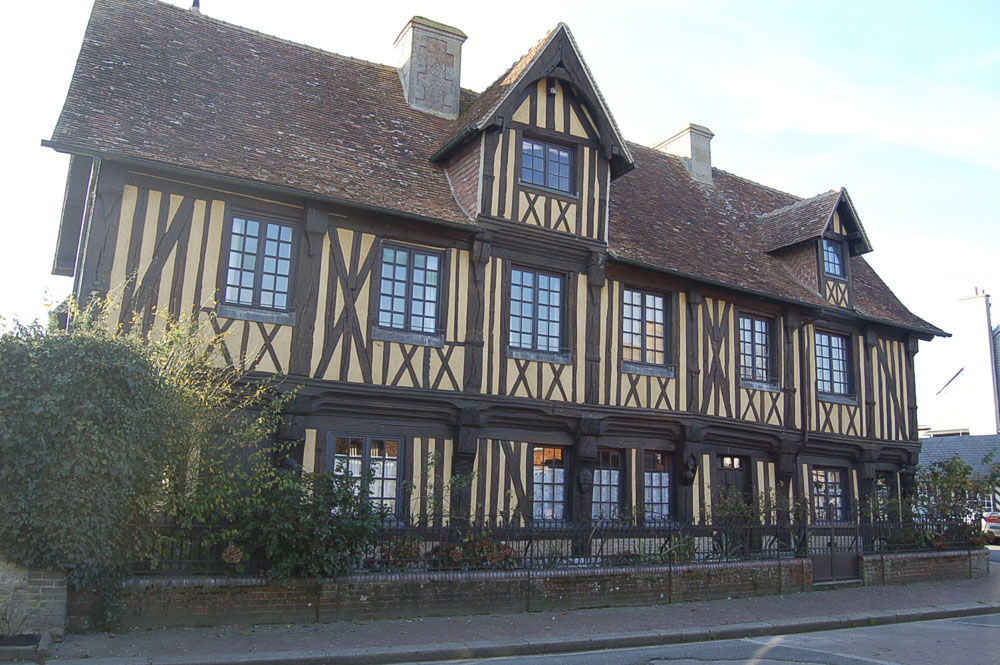 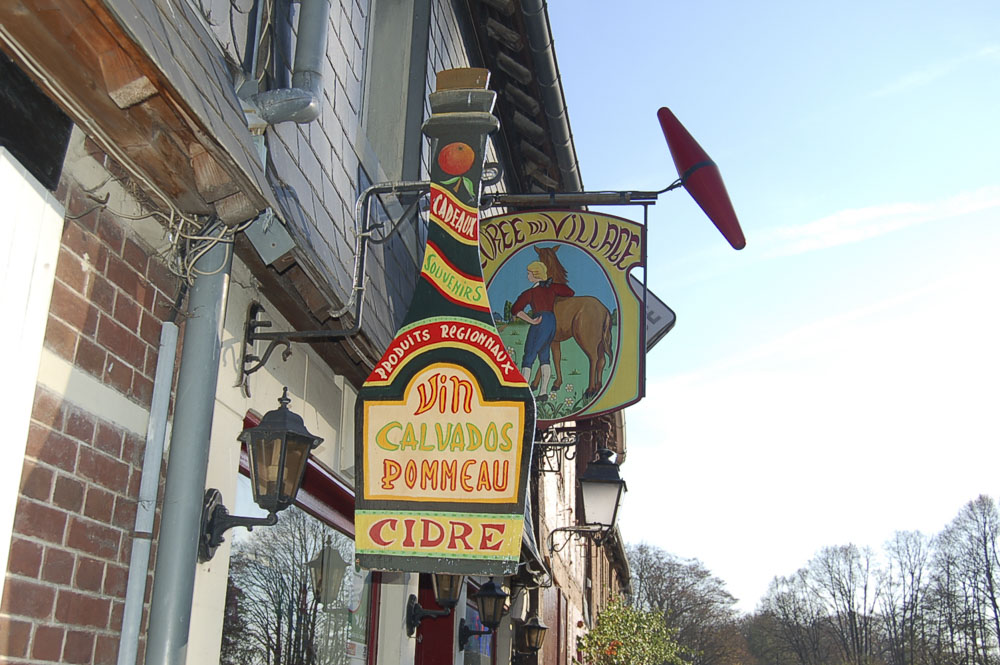 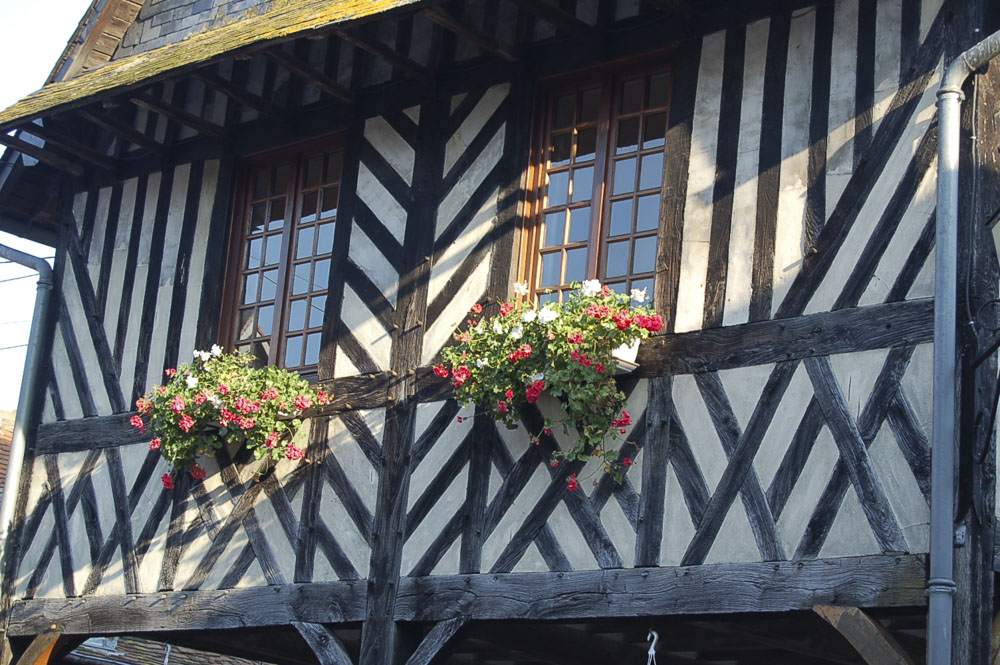 By far the prettiest of the Pays d’Auge villages is BEUVRON-EN-AUGE, 7km north of the N13 halfway between Lisieux and Caen. It consists of an oval central square, ringed by a glorious ensemble of multicoloured half-timbered houses, including the yellow and brown sixteenth-century Vieux Manoir.  Normandy as a whole contains many houses with this architectural design, but Beuvron-en-Auge still remains a ‘not to be missed’ example. And don’t forget to stop long enough to have a glass of calvados while you are enjoying a wander around the town.
Also take a look at the pretty little church and Chapelle de Clermont in the village.

Book a Hotel in Beuvron-en-Auge

The first week of May features the flower festival in the town – geraniums a speciality – and a very large cider festival is held at the end of October. Both events are great times to visit the town if possible.

Situated in the village is the eighteenth-century Auberge de la Boule d’Or (tel 02.31.79.78.78; €40–55; closed Jan, plus Tuesday evening & Wednesday Oct–June), offers three attractive bedrooms. The very centre of the square is taken up by the Pavé d’Auge restaurant (tel 02.31.79.26.71; closed Monday May–Aug), where menus featuring chicken and andouille in cider or salmon start at €24.

Beuvron-en-Auge is part of the ‘Normandy cider route’. This is a marked route which passes through several villages including several cider producers in the region – you are free to sample the products! (Look out for signs marked ‘Route du cidre’ with a picture of an apple). 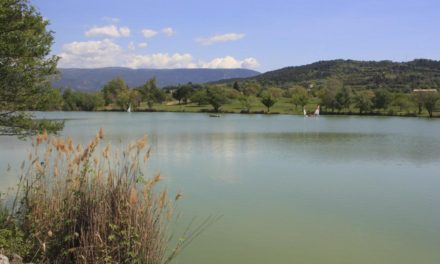 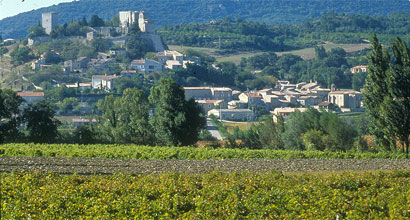