Cantal is breathtaking country with green valleys, rivers and forests as far as the eye can see. The Monts du Cantal in the middle of the department, are what remains of one huge volcano, happily extinct, broken down by glaciers and millennia of erosion into the peaks that exist today and form part of the Volcanic Regional Nature Park. The highest peaks are Plomb du Cantal at 1,855 metres and Puy Mary at 1,787, both of which have magnificent views of the surrounding smaller peaks and deep valleys. Plomb du Cantal has a cable car for the less energetic. And for the intrepid, hot air ballooning or para-gliding offer a truly spectacular way of seeing the scenery. Near Riom-ès-Montagnes in the middle of the volcanic park is Scenoparc, a new theme park which traces the relationship between humans and animals in a 35 hectare setting which has barely changed since Neolithic times.

Book a Hotel in the Cantal

Book a Holiday Cottage in the Cantal

View cottages to let in the Cantal……..Click here

In the south of the region is Hautes Auvergne. This encompasses the Chataignerie – chestnut country – where there are over 200,000 hectares of trees. The Maison de la Chataigne in the little village of Mourjou explains the critical importance of chestnuts to the traditional economy of the region. Here, too, is the great windswept plateau of Aubrac and the Margueride mountains, wild moorland still haunted by the legend of the beast of Gevaudan. It is a landscape that is perhaps the most typically Auvergnat, a land of high plateaux and summer mountain pastures, home to the Salers and Aubrac breeds of cattle, and dotted with small villages with traditional roofs of flat lauze stones. The wild reaches of the southern Lot valley offer the chance of white water rafting and there are hot springs at Chaudes-Aigues which gush out of the ground at 82 degrees.

Aurillac is the main town – a good base for exploring with a volcano museum of its own. The episcopal city and medieval stronghold of St Flour has many architectural treasures to see including a basalt cathedral. Murat, nestling in a natural amphitheatre at the foot of a basalt crag topped by a statue of the Virgin Mary, makes a good base for exploring the Parc des Volcans. Salers is a Renaissance town, on top of a steep slope on the edge of the Cantal mountains, built of grey volcanic stone and complete with 15th century ramparts and amazing views.

Other sites to see include Chateau d’Anjony, a beautiful chateau wth 16th century frescoes on the walls, the Garabit viaduct, a superb structure designed by Gustave Eiffel which spans the Truyère valley, and the Musée de la Resistance at Auvers. Gourmets will be amply satisfied with local specialities such as aligote, (a rich puree of potato, cheese and cream) potée auvergnat (pork with stuffed cabbage) good salted ham, and  Salers and Cantal cheese. There are also special liqueurs from Salers or Aveze made from the roots of the giant yellow gentian plant. 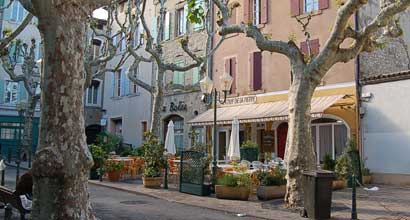 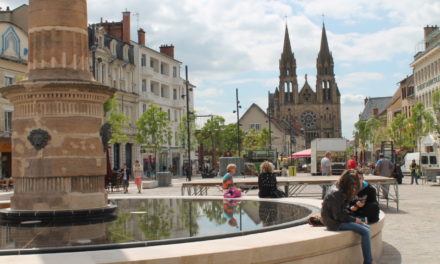 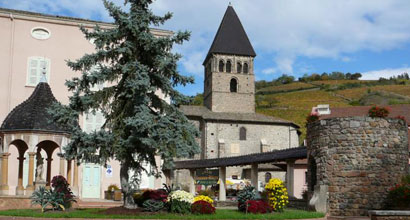