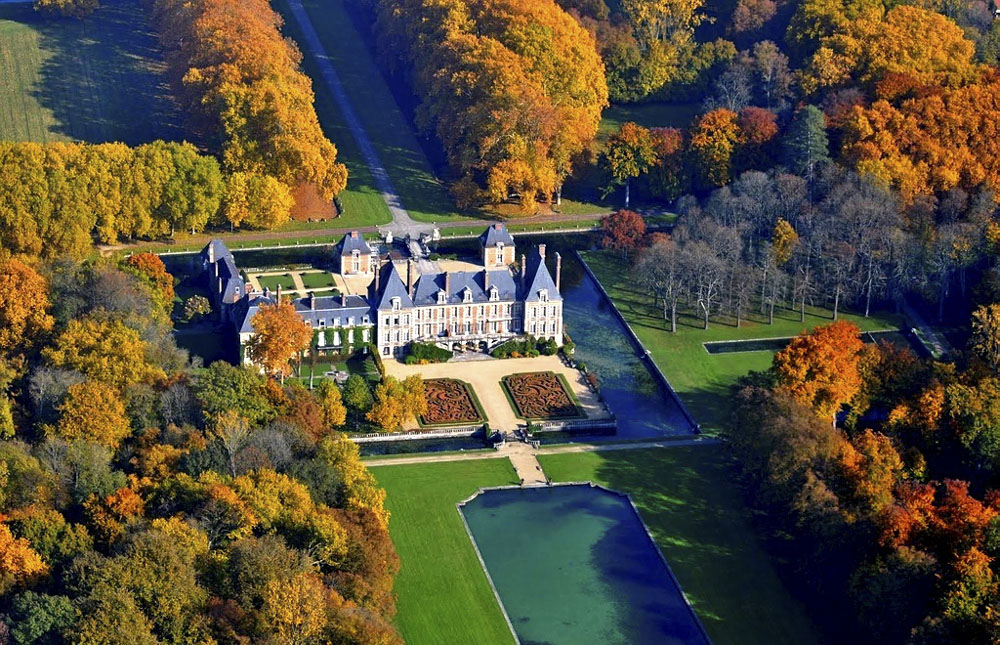 Seven of the twenty one prestigious sites on the Route of Gardens and Châteaux are to be found in this department. The 17th century Château de Courances is amongst the most spectacular, built of stone and brick for the officers of the crown near Versailles, with its superb formal French gardens by Le Notre and its Anglo-Japanese garden by the Marquise Berthe de Ganay. Other remarkable Châteaux include those at Saint-Jean de Beauregard and Chamarande and the imposing Château and Parc of the Marais, built in the reign of Louis XVI with the lake reflecting the elegance of the architecture. At Jeurre beautiful 17th and 18th century workshop factories were designed to embellish the grounds, including the dairy, the Temple de la Piété Filiale, La Colonne Rostrale and Le Cénotaphe de Cook. In 1220, the Château de Dourdan was built to protect the outskirts of Paris and Chartres. With its eight towers, vast ramparts, dry moats and circular keep, it was listed in 1964 and stages medieval events in May and September.

Towns in the Essonne

The charming town of Milly la Forêt is full of unexpected surprises. With its ancient 15th century wooden covered market and old stone ‘lavoir’ it is probably best known for the poet, Jean Cocteau whose final resting place is at the 12th century chapel of St-Blaise-les-Simples whose interior he decorated with illustrations of plants shooting up towards the ceiling. At the Conservatoire Nationale of perfumed medicinal and aromatic plants one is met by the scent of a unique collection of over 1,200 species in its gardens and greenhouses. Finally, looming out of the forest is the striking 22.5 metre high sculpture of the Cyclops by Tinguely and Niki de St Phalle created with the collaboration of numerous artists.

Evry, with the Cathedral of the Resurrection, the only 20th century Cathedral in France, conceived by the Swiss architect Mario Botta and created in red brick in the form of a giant cylinder, the Mosque de Courcouronnes, one of the largest in France and a new Buddhist temple, is a religious crossroads. Also noteworthy is the Russian Orthodox church of St Genevieve des Bois, listed and built in 1939 in the style of the 15th century, surmounted by a bright blue onion, where more than 10,000 Russians who fled to France following the revolution of 1917 are buried. Rudolph Nureyev, whose defection in the sixties made such an impact on the ballet stages of the Western World, is one of the many celebrated names to be found there. The small town of Etampes sitting at the foot of the 12th century royal keep, the Tour Guinette, has several renaissance mansions, the fruits of the rich grain trade, and a scattering of gothic sanctuaries which have earned it the nickname “little town of art’. It is also often referred to as ‘little Venice’, due to the many rivers which cross the town.

Amongst some 20 museums, at Cerny the Musée de l’amicale Jean-Baptiste Salis has a collection of no less than 75 aeroplanes from the propeller era dating from 1909 when Blériot first crossed the channel to planes from between the two world wars. At Bièvre you can visit the Musée français de la Photographie and also see manuscripts at the Maison Littéraire de Victor Hugo who spent many summers at the Domaine des Roches. With 42,000 hectares of woodland representing 23% of the Essonne, and crossed by several rivers including the Essonne, Bièvre ,Juine, Chevreuse and the l’Orge, this is a green and rural department. Leisure activites are varied from go-karting at Angerville to fishing, boating, riding, rock climbing at the Forêt des Trois Pignons, hot air ballooning, gliding and microlite flying and golf with over 13 golf courses to choose from. 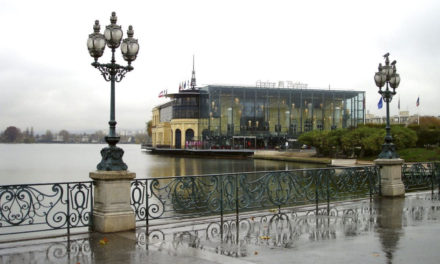 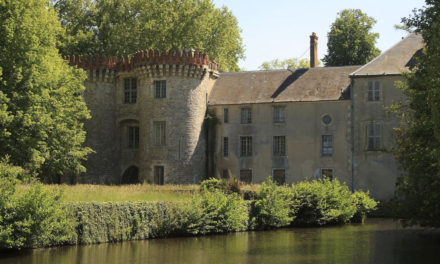