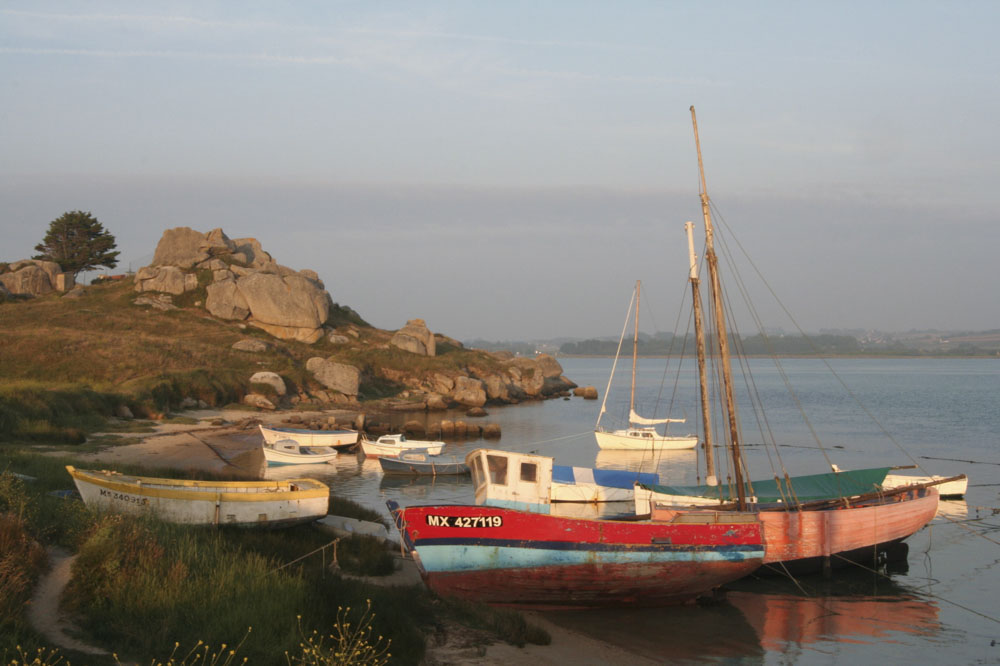 Finistère, the most westerly department in France, is steeped in history and maritime traditions. 4,200 kilometres of footpaths follow the steps of the ancient Celts and early Christians, past their Menhirs and Dolmens, chapels and calvaries. Invaded by Romans, raided by Normans and occupied by Spanish and German armies, pirates and sailors, fortifications have been built since prehistoric times. Vauban constructed the impressive polygonal tower at Camaret and in 1694 fired on and repulsed the Anglo-Dutch fleet. Earlier Philip II of Spain built a triangular fort at the point of Roscanvel to protect Brest whilst planning to conquer England. At Camaret in 1801 an American engineer, Robert Fulton, designed “Nautilus”, the first four person submarine. The Nantes-Brest canal, conceived in the 17th century took fifty years to construct.

Book a Hotel in Finistere

Rent a Chateau in Finistere

Book a Holiday Cottage in Brittany

Famous for its amazing natural harbour and naval base and for the theme park Océanopolis with its polar, temperate and tropical pavilions, Brest also boasts a castle. The Pays d’Iroise, the last point before the sea, is guarded by the lighthouse on Pointe Saint-Mathieu with the islands of Béniguet, Molène, Balanec and Ushant, nearby. To the north the coast is dotted with fishing ports, creeks, long sandy beaches and sand dunes attracting migratory birds. Inland are peaceful valleys, peat bogs, standing stones and a wealth of flora and fauna. From Châteaulin, visitors explore the peninsular and the Menez Hom with its panoramic view, the nearest to a mountain you get in Brittany. The Armoric National Park has plant species dating back to the end of the Ice Age, 3,000 B.C.

Mary Queen of Scots landed at Roscoff in 1548 followed by Bonnie Prince Charlie in 1746, after his defeat at Culloden. The French Onion men also once left here for the U.K. Due to the Gulf Stream, vegetable farming thrives and the offshore Island of Batz is a haven of fig trees, palms and other heat-loving vegetation. Inland, Saint Pol-de-Léon is famous for its cathedral and further south at the estuary port of Morlaix, a vast 19th Century viaduct spans the valley. At Fouesnant sea birds of all varieties swoop and dive and on the mudflats of Cap Coz, mallard, egrets, heron, curlews and oystercatchers comb the water’s edge. The plentiful apple orchards produce exceptionally good cider.

The famous pottery of Quimper has a museum  in the ancient capital of Cornouaille, named by the fleeing Cornish Celts. With its twin-towered Cathedral, it also has a fishing museum, the Marinarium, exhibiting local flora and fauna, the Musée des Beaux Arts with paintings by Paul Gauguin, Emile Bernard and Paul Sérusier and a museum depicting over 3,000 years of history. Concarneau, secure within its medieval walls, granite ramparts and Vauban’s improved fortifications, is the third largest fresh fishing port of France and is linked to the mainland by two bridges. Known as the ‘blue town’ it has long attracted artists. Quimperlé is a pretty small medieval town whilst down the coast Pont-Aven, with its painting school, became home to artists including Gauguin who famously advised the young Sérusier to be bolder with his colours in 1888 during a lesson in the nearby Bois d’Amour. The countryside has featured in many famous works of art. 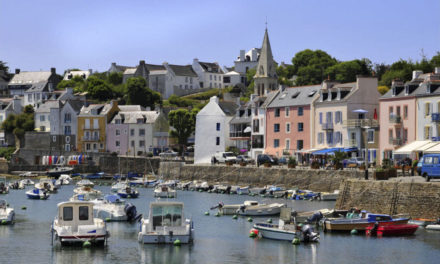 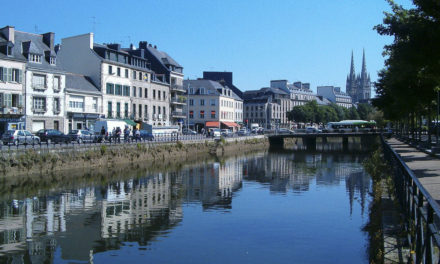 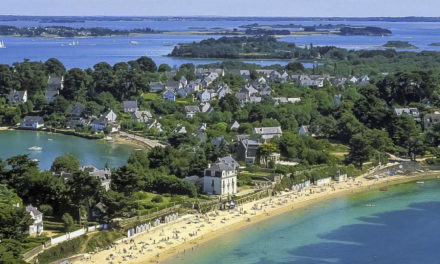 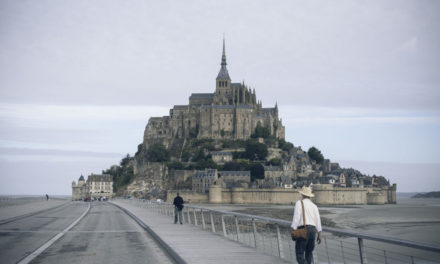