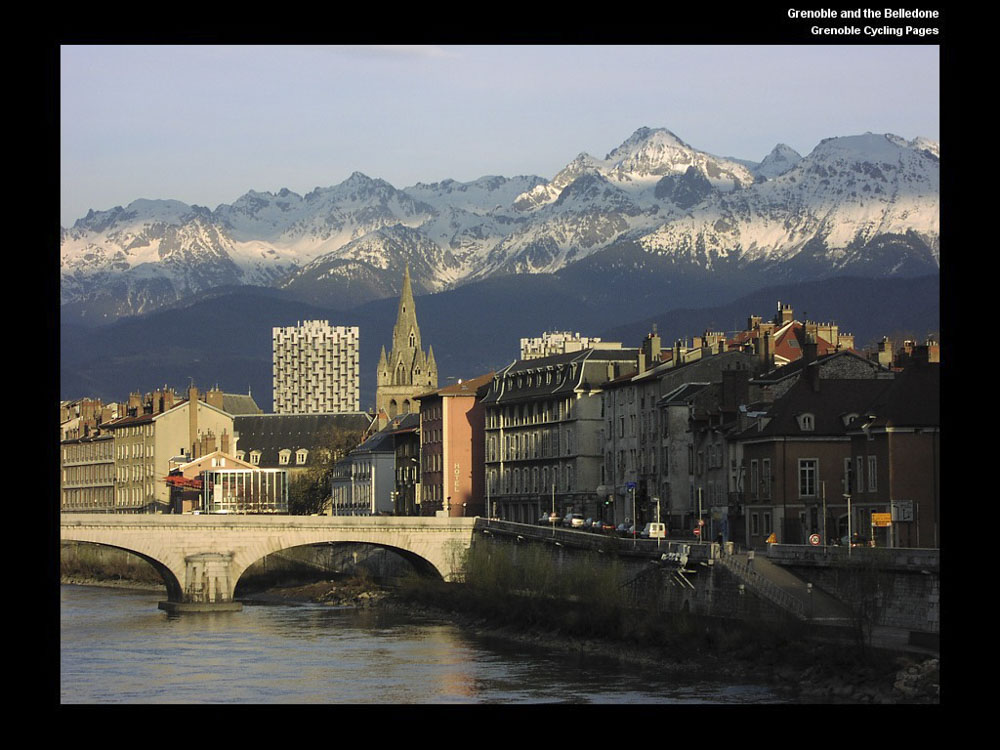 Encircled by sensationally jagged mountain ranges and set in the flat junction of valleys leading off towards Savoie and Switzerland to the north, Provence and Italy to the south, and the Rhône Valley to the west, Grenoble was an obvious location for the commercial, cultural and intellectual capital of the Dauphiné region to grow.  Tarnished with a reputation for being uncompromisingly modern and industrial, it turns out to be a cosmopolitan place, with wonderful squares, and as many museums as there are months of the year, recalling its fascinating history.

Book a Hotel in Grenoble

Grenoble’s Gallo-Roman predecessor was insignificant compared with magnificent Vienne on the Rhône, under whose authority it lay, but by the 3rd century it was surrounded by substantial oval walls.  Christianity got an early footing, as you can still see at the church of St-Laurent.  In the medieval period, the bishops battled with local lords to oversee the city.   The mighty counts of Albon took control and it was one of their number, Guigues IV, who was given the name of Dauphin (Dolphin). Adopted by his descendants, the region they ruled became known as the Dauphiné.  Dauphin Humbert II established his council and treasury at Grenoble.  Humbert III created a university, but overstretched himself and was forced to sell the region – so French King Philippe V bought the Dauphiné in 1349, giving it to his eldest son.  From that time on, the heir to the French throne would be known as the Dauphin.  Only one, the future King Louis XI,  truly ruled the region before becoming monarch:  it was he who created the Dauphiné Parlement, or law courts, in 1453.

The 16th-century Wars of Religion caused bitter fighting in the region, the fanatical Catholic Baron des Adrets wreaking devastation.  However,  the leading Protestant Lesdiguières put his stamp firmly on Grenoble, securing it in 1590 on behalf of King Henri IV,  extending the ramparts and ruling the place with firmness,  defending the Dauphiné against Savoie.  The Catholic Church hit back in the 17th century by building religious communities around town.  During in this period the city’s merchants, and its libertines, also prospered.  With its image of aristocratic elegance and decadence, as the Ancien Régime cracked up, Grenoble flared up.  The celebrated Journée des Tuiles of 7 June 1788 was named after a riot in town brought about by the monarchy’s attempt to close France’s regional Parlements when protesters threw tiles from the rooftops at royal troops.  The event has been interpreted by some as an important warning rumble before the Revolution.  The three Estates of the Dauphiné gathered to call for a national meeting of the French Estates.  Local boy, Henri Beyle, better known by his pseudonym, Stendhal, recorded his impressions of the Revolution in Grenoble before he went on to become one of France’s greatest 19th-century novelists.

In fact, the Revolutionary period passed off relatively peacefully in town,  just two people guillotined compared with a couple of thousand executed in Lyon.  Napoleon caused a stir with his unexpected arrival via the Drac valley in 1815 on his brief, last attempt to regain power. Through the 19th century, the city was massively fortified, notably with the building of the Fort de la Bastille high above the Isère.

Industrialisation and working-class struggles came early.  The rich adopted the Vinay company’s groundbreaking moulded cement for extravagantly decorated apartment blocks.  And skiing took off. The first attempts to introduce the sport in France took place at Chamrousse, east of town. A major centre for the production of arms in the First World War, Grenoble’s chemical industries developed enormously through the 20th century.  During the Second World War, the city, as with much of the French Alps, was occupied by Italians.  Although Pétain and other Vichy notables were warmly greeted when they visited,  the town became the main centre of Resistance in the Alps, to be awarded the Croix de la Libération at the end of the conflict.  With three universities, Grenoble is renowned today for its scientific research facilities, while industry has expanded still further along its valleys. However,  pleasure is never far away: the city hosted the Winter Olympics in 1968 and it is the major gateway to the Alpine resorts in the Parc National des Ecrins.

On a tour of Grenoble, head first for the grand Place Notre-Dame, in the quarter where the bishops of Grenoble held sway in medieval times.  The cathedral looks as if it’s had to fight to stay on the square, with town houses shouldering in beside it. The stocky front is topped by a mighty square brick 13th-century bell tower. The interior proves very plain apart from the showy tall ciborium (for storing communion bread and wine) in the choir.  From inside the edifice you can visit the adjoining church of St-Hugues, another grim early-Gothic building.

While a new tramway was being prepared around here in the 1980s, vestiges were unearthed of earlier episcopal buildings, including a rare 5th-century baptistery, plus Gallo-Roman walls, all now well housed in the splendidly presented Musée de l’Ancien Evêché (t 04 76 03 15 25, www.ancien-eveche-isere.com).  The section on the Dark Ages boasts the rare Vézeronce helmet.  You can then follow the history of the medieval lords of the Dauphiné, and the foundation of three religious orders around these parts in early medieval times – the Antonine, Chalais, and, most famously, the Chartreuse or Carthusian. The story then moves on to and beyond the glamorous Ancien Régime aristocrats of the city.

The even swisher modern Musée de Grenoble (t 04 76 63 44 44, www.museedegrenoble.fr), the fine arts museum, stands on the eastern edge of the historic centre, near the river.  Among the highlights are Perugino’s St Sebastian, Giuseppe Cesari’s Portrait of an Architect,  Rubens’ Pope Gregory surrounded by saints, and French works by Philippe de Champaigne, Vouet and Claude Lorrain,  plus an extraordinary series of New Testament scenes by Zurbarán.  Henri Fantin-Latour, an accomplished 19th-century artist from Grenoble,  reserved his own space.  The museum also boasts one of the finest modern art collections in France outside Paris :  there are good Fauvist and Cubist pieces, a few wonderful Matisses, and canvasses by  Léger and Modigliani.  Major sculptures stand scattered outside in the garden.

West of the Musée de Grenoble lie the liveliest,  most atmospheric historic streets of the city.  Sumptuous residences built for members of the Parlement stand along Rue Chenoise and Rue Brocherie, which lead to the town’s prettiest square, Place St-André, overseen by the former Parlement du Dauphiné, beside the church of St-André.  You might pause to watch the world go by from the terrace of the Café de la Table Ronde, which claims to be the second-oldest café in France.  Adjoining Place des Gordes leads to the Jardin de Ville, a leafy garden created for Lesdiguières.  His former house beside it contains the weary little Musée Stendhal (t 04 76 54 44 14),  scarcely reflecting the passionate prose of the city’s greatest literary son, although it does put on temporary exhibitions.

South of the historic core, a whole grand city went up from the mid-19th century, mimicking Parisian Hausmann style. The most impressive set piece in the grid is the immense Place de Verdun, overseen by imposing civic and army buildings in a variety of pastiche styles, although the departure of Napoleon’s statue, which once stood in the middle, has left , dedicated to the heroics of the French elite mountain regiment, the Chasseurs Alpins.  Not far off, the Musée de la Résistance (t 04 76 42 38 53, www.resistance-en-isere.com) is a very sobering, serious Second World War museum, with modern presentations. South, beyond the ambitious Muséum d’Histoire Naturelle (t 04 76 44 05 35, www.museum-grenoble.fr) covering the natural history of the Alps, you come to spacious, elegant gardens, the Jardin des Plantes with splendid greenhouses. The Tour Perret, a cement skyscraper by one of the pioneers of the genre, went up for a 1925 international exhibition on houille blanche (‘white coal’ as the French call hydroelectric power), such an important source of energy for the region’s industrial development.  Memories of the Winter Olympics also stand out around here, including the Olympic bowl.

North across the Isère’s steely grey waters,  Grenoble’s oldest church has been converted into the maze of the Musée Archéologique St-Laurent (t 04 76 44 78 68, www.musee-archeologique-grenoble.com.   So many layers of Christian buildings have been discovered one on top of another here that the architecture looks deeply confusing.  They date as far back as the 4th or 5th century.  Much transformed after that, in the 11th and 12th centuries,  the church was adapted as part of a Benedictine priory. Venturing into the labyrinth, don’t miss the crypt of St-Oyand, wolfish monsters and birds featuring among the foliage of its beautiful Carolingian carved capitals.

Outside, the narrow St-Laurent quarter, with its massive 14th-century gateway, its 19th-century fortified terraces and its ethnic restaurants, has a more laid-back, alternative feel than central Grenoble.  As to the quayside, it’s lined with an absurd number of pizzerias, a reminder of the strong Italian links with the city.

A steep track up the hill takes you to the Musée Dauphinois (t 04 76 85 19 01, www.musee-dauphinois.fr),  set in a huge former convent, Ste-Marie-d’en-Haut, built in its prominent site during the Counter-Reformation by François de Sales’ and Jeanne de Chantal’s Order of the Visitation.  Its nuns came from wealthy families, and the architecture has a spacious air, although the interiors have been much transformed, having served since the Revolution as prison, school, barracks and housing centre before being turned into a museum.  However, the Baroque chapel has survived intact, covered head to toe with paintings depicting François de Sales’ life.  The outrageous gilded retable with twisted columns is topped by a figure of God looking like a wild-eyed preacher.  The museum has two interesting permanent collections, one on Alpine village life, the other devoted to the history of skiing, while temporary exhibitions on aspects of the Dauphiné are mounted in the other spaces.

The bubble cars taking you over the metallic grey-green waters of the Isère are the best way to reach Fort de la Bastille, which guards the city to the north.  From its somewhat neglected terraces way on high, you’ll see how far Grenoble has sprawled along the valleys around, and just how dramatically it’s surrounded by high peaks.

For more information on Grenoble and the mountain ranges encircling it, read the Cadogan guide to the Rhône-Alpes.

Top 5 Things to Do in Grenoble 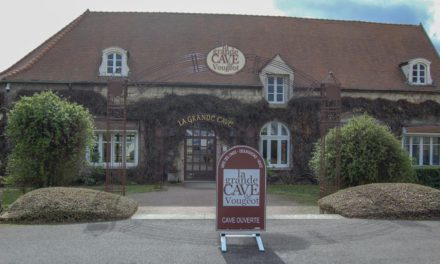 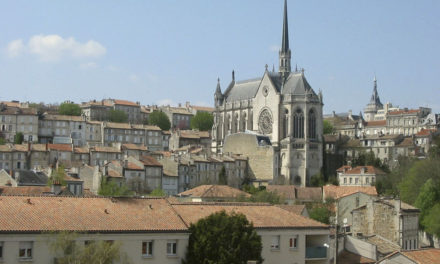 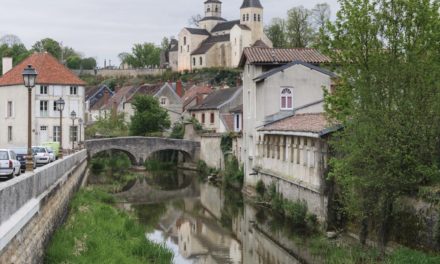