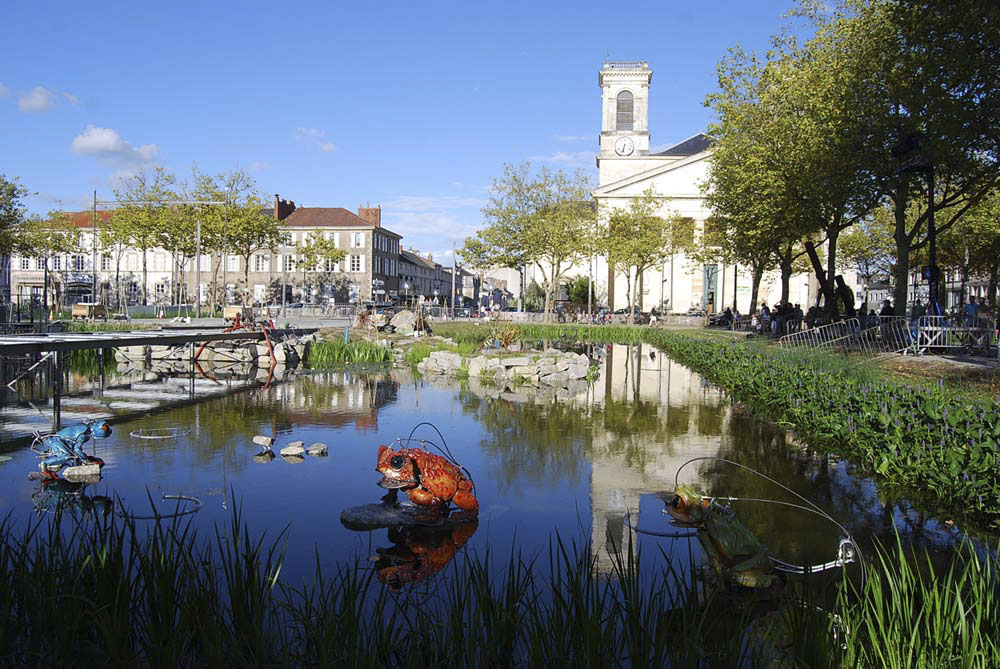 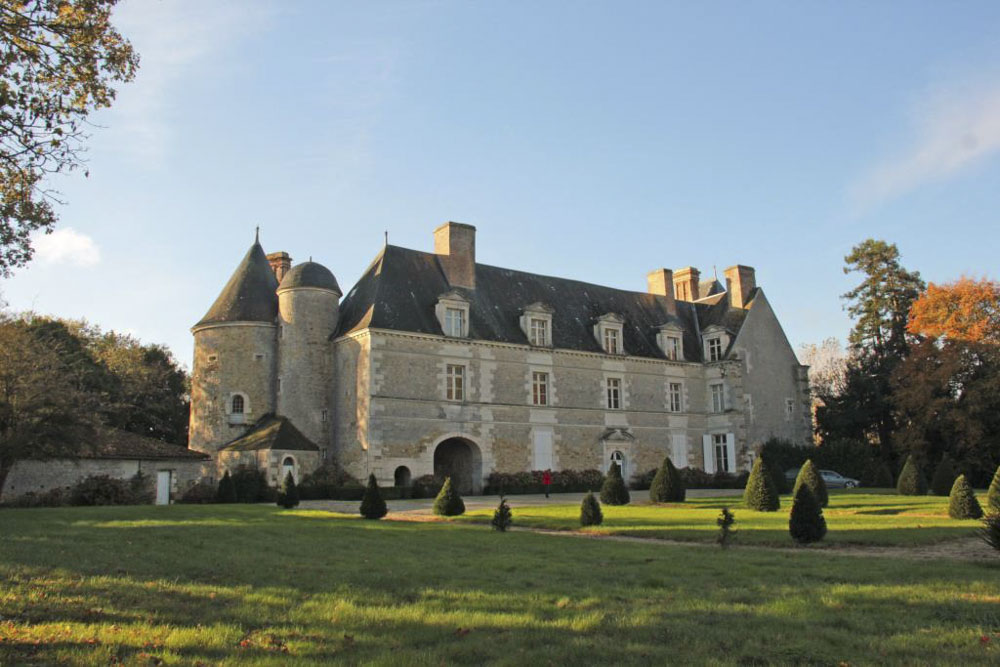 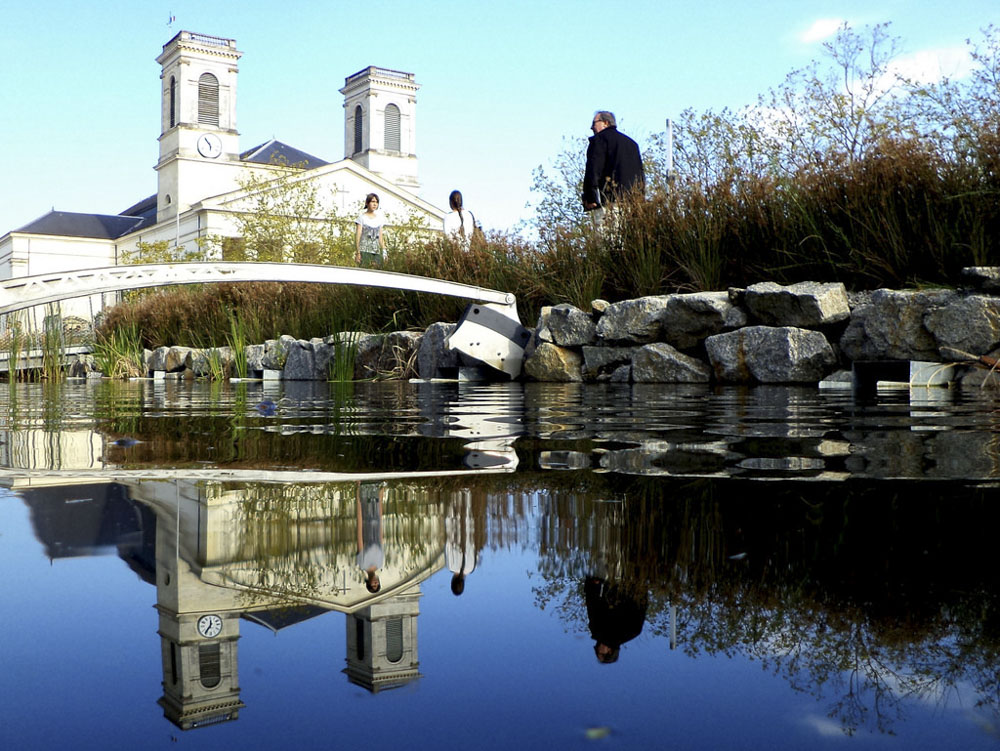 La Roche-sur-Yon is the capital town of the Vendée department in the region of Pays de la Loire, western France.  Located in the centre of a rural area on a granite plateau overlooking the Yon valley, the town was designed by Napoleon Bonaparte in 1804 to be the administrative headquarters of the Vendée.   Strategically placed between Nantes, Bordeaux, Paris and Les Sables d’Olonne, La Roche-sur-Yon is close to the Atlantic coast and only 40 minutes from the busy city of Nantes. Today, there are approximately 53,000 residents living in the town and it has an enviable reputation as an ‘up and coming’ destination with a high quality of living.    It is a popular place for growing families with many sporting facilities and plenty of opportunities to enjoy a town with history, elegance and significant economic resources.

Book a Hotel in La Roche-sur-Yon

Book a Holiday Cottage in the Vendee

After the French Revolution and the terrible uprisings and bloodshed of 1793 which destroyed the old town, Napoleon chose La Roche-sur-Yon to set up a new capital of the region to pacify the local people and to provide a new environment for non Royalists.  The town was built from scratch with plans drawn up by a military architect, Duvivier, who designed it with wide rectangular streets, barracks, stables and a vast parade ground.  The carefully constructed grid pattern based around a large central pentagon, leads to a network of roads serving the entire department.  It is the only city to have been created by Napoleon and retains the deep mark of the Emperor, celebrated with a statue of him on his horse which was erected in 1854 dominating the central square.

In 1866 a second step was taken in opening up the town to the rest of France by the introduction of a railway which enabled the transportation of agricultural products including cereals, animals, fertilisers and machinery, thus helping to modernise local industries. The original plans for urbanisation were further developed and boulevards were built around the station to encourage the building of flour mills and canning factories etc.

Growth of the town accelerated in the 1960s when many people of the Vendée  came to live and work in La Roche-sur-Yon because of job opportunities.  The active population increased to 19,000 by 1975 and construction of houses, apartments and commercial premises led to a dynamic economic thrust.  In 1964, the two neighbouring communes of Saint André-d’Ornay and Bourg-sous-la-Roche joined forces with La Roche-sur-Yon, making the area the prosperous centre of the department which it is today.   The Yonnais region has benefitted considerably from the continued growth of the town with a healthy economy, culture and a thriving university.

The beautiful Vendée coast is nearby with its long sandy beaches and clear blue sea.  Numerous water sports are available including swimming, sailing and kite surfing.  The fashionable resort of Les Sables d’Olonne is only 36km away from La Roche-sur–Yon which is an increasingly popular holiday destination for families because of the safe beaches.   The town also has a 700 hectare water park with two indoor swimming pool complexes: Armonia and Arago which include several pools, waterslides, water cannon, an ice skating rink, saunas, a whirlpool and a fitness centre.   Moulin Papon on the River Yon has facilities for fishing, sailing, rambling and canoeing as well as scenic walks along the river banks where you can picnic.

Le Puy du Fou is one of the “must see” attractions in the Vendée.  Not far from La Roche-sur-Yon, this theme park set in 50 hectares of woodland is the backdrop for historical shows featuring incredible special effects.  From Roman circus games to world-class falconry, there are re-enactments of gladiators battling in the amphitheatre and several recreated medieval villages, giving visitors a variety of historical perspectives, as well as a walking tour through the Puy du Fou forest with over 1000 domestic and wild animals.  After dark, spectacular performances take place by the lake or in front of the Château du Puy du Fou where the Cinéscénie sound and light show is performed with a fascinating 2 hour pageant bringing to life 700 years of history.  Accommodation and restaurants are available at the Park’s themed hotel “The Gallo-Romaine Villa”.

The surrounding countryside is ideal for cyclists and walkers who come to discover this very attractive, historic region of France.  There are three golf courses within easy driving distance, the nearest is at Golf de la Domangere (10km south) which is a championship course with water hazards on 13 holes and three lakes surrounding the 16th green.   Circuit Philippe Alliot is an excellent go-karting circuit which is enjoyed by both young and old.

Le Haras de la Vendée is one of France’s largest stud farms.  Located in a 4.5 hectare  park in the heart of La Roche-sur-Yon, this is a unique academy for horses dedicated to the equestrian arts including dressage.  It also has interactive educational facilities and master classes explaining the expertise of saddlers and blacksmiths.  A collection of various breeds of horses from all over the world contribute to making this a fascinating place to visit.

Musée de la Roche-sur-Yon was constructed in 1877 soon after the town was founded by Napoleon.  This cultural exhibition specialises in paintings and art from the 19th century as well as contemporary photographs, graphic design and historical exhibits from the region.

The Abbey of Fontenelles was built in 1210 and mostly destroyed during the Hundred Years’ War.  Situated 3km west of La Roche-sur-Yon, it is worth walking up the drive to view the remains.    The 18th century Église Saint Louis is a significant ‘monument historique’ with a neoclassical (Roman) architectural exterior facade and a Greek Revival style interior.   It has a rectangular basilica with a portico of six columns and two pilasters built with white stone and 24 bay windows.  The largest church in the department of Vendée, it was completed in 1829 and stands in a prominent position at the head of Place Napoleon.

Le Theatre de la Roche-sur-Yon opened its doors in 1812.  Built in stone from Lucon, it was constructed in Italian style with the main hall in the shape of a horseshoe and the interior decorated by the painter Louis-Lucien Penne. The theatre was renovated in 2004.    The Maison Renaissance, built in 1566, is located in Rue du Vieux Marché.  This is a very old residence of Italian architecture with a permanent exhibition of local history and of the aircraft manufacturer, René Couzinet, creator of the ‘Arc en Ciel’ aeroplane in which he flew across the Atlantic in 1927.

The Napoleon Circuit invites you to discover the architectural and urban heritage of the historical centre. This is a non-guided tour giving you a unique glimpse of the town with conveniently marked plaques and information panels taking you through the old town, the Napoleonic town and the development of the area around the station.  A leaflet describing the route is available from the Tourist Bureau.

Amongst other places of interest are the Loriot Gardens (Jardins du Loriot).  Open from May to November, these botanical gardens are planted with bamboos, 130 varieties of exotic plants and 1000 species of flowers and plants from every Continent.   Reservations for the 2 hour tour are required.

There is an outdoor market on Tuesdays and Thursdays.  The new indoor market was recently refitted with a large glass roof and takes place from Tuesday to Saturday from 7am to 1pm.  The Clemenceau district is the shopping area extending from the Place Napoleon to the Place de la Vendée.

There are some superb restaurants in the town where you can sample the specialities of the region including fresh seafood straight from the Atlantic ocean which is practically on the doorstep.   La Pilotine on Promenade Clemenceau, at nearby Les Sables-d’Olonne, is a seafront restaurant renowned for the quality of its dishes and warm welcome.  Brassérie Le Clemenceau is the locals’ favourite restaurant with an excellent seafood menu and a buzzy atmosphere.  Exactly what ‘good food and value for money’ refers to.  Le Point du Jour is a 3 star Logis de France family run hotel with a good restaurant and a traditional ‘terroir’ menu.

Hotel Mercure La Roche-sur-Yon is a 5 minute walk from the TGV railway station and conveniently placed to enjoy the numerous activities and sights of the town.  The in-house bar-restaurant, Le Bistro Yonnais, serves traditional regional cuisine and guests can dine on the shaded terrace beside a delightful fountain.  The Citôtel Marie Stuart offers modern comfort in a traditional and intimate setting located in quiet area of the town centre.    The restaurant unusually combines French and traditional Scottish cuisine and there is a comfortable bar for complete relaxation after a busy day.

Hotel Domaine de Brandois is delightfully located on the nearby Brandois estate at La Mothe-Achard.   This elegant château is set in 22 hectares of gardens with an outdoor heated swimming pool and offers stylish accommodation and excellent food, highlighting the very best regional produce.

‘Kamok’ is a local liqueur made from high quality arabica coffee beans aged in oak barrels which was created in 1860.   Alternatively,  ‘Troussepinette’ is a dark purple, deliciously tart, aperitif of the Vendée region made from sloes.

By Air:  Several airlines fly into La Rochelle and Nantes airports which are both approximately an 1 hour’s drive away.

By Rail:   La Roche-sur-Mer is connected to Nantes and from there to Paris with high speed trains (TGV) in two and a half hours. Angers is 1½ hours  from Paris via TGV. 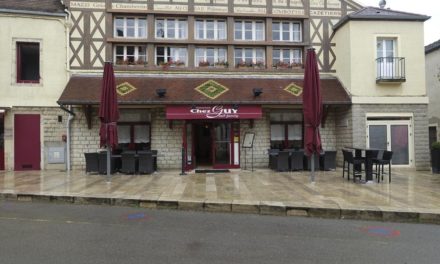 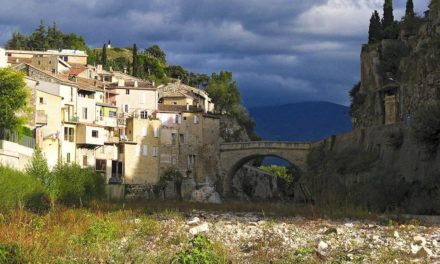 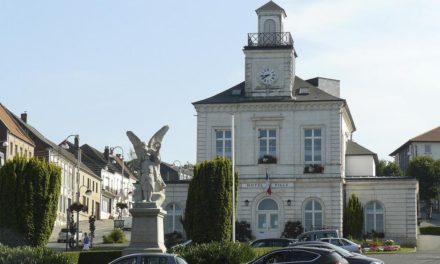 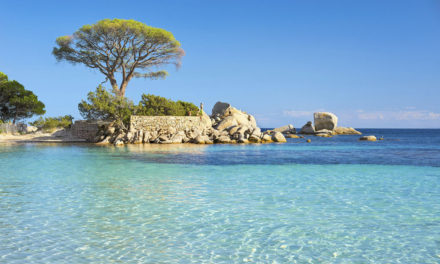