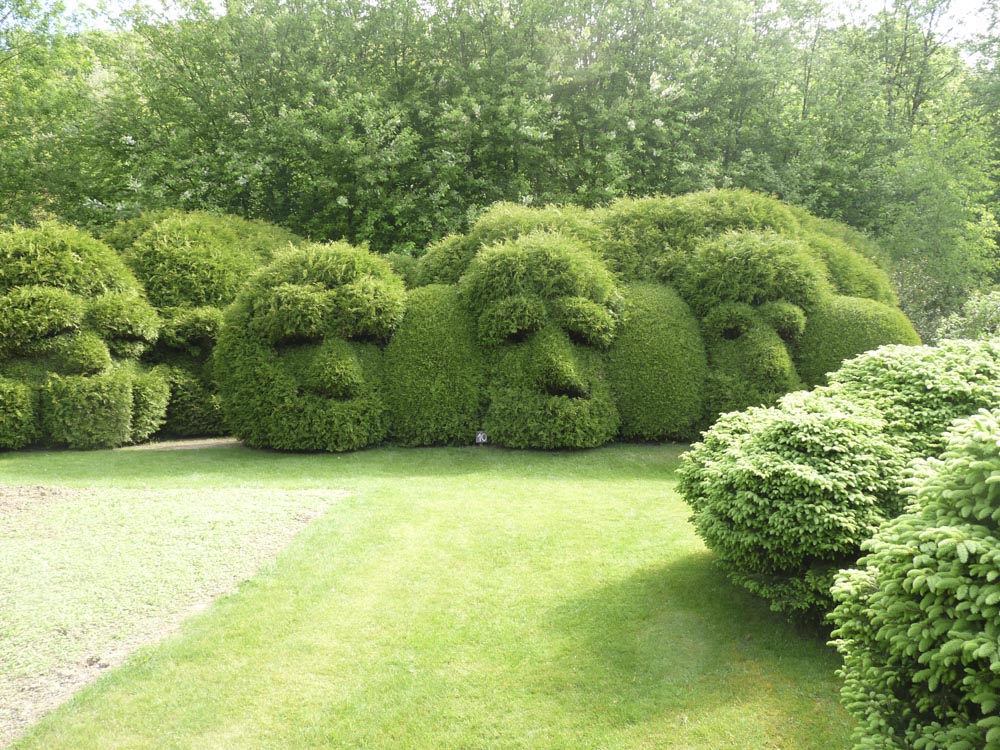 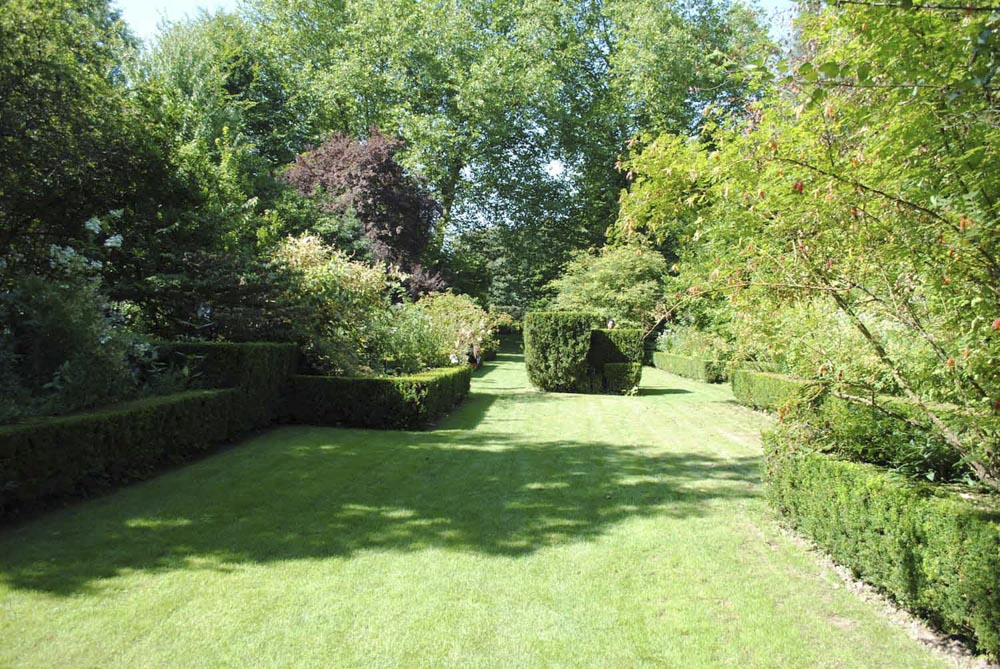 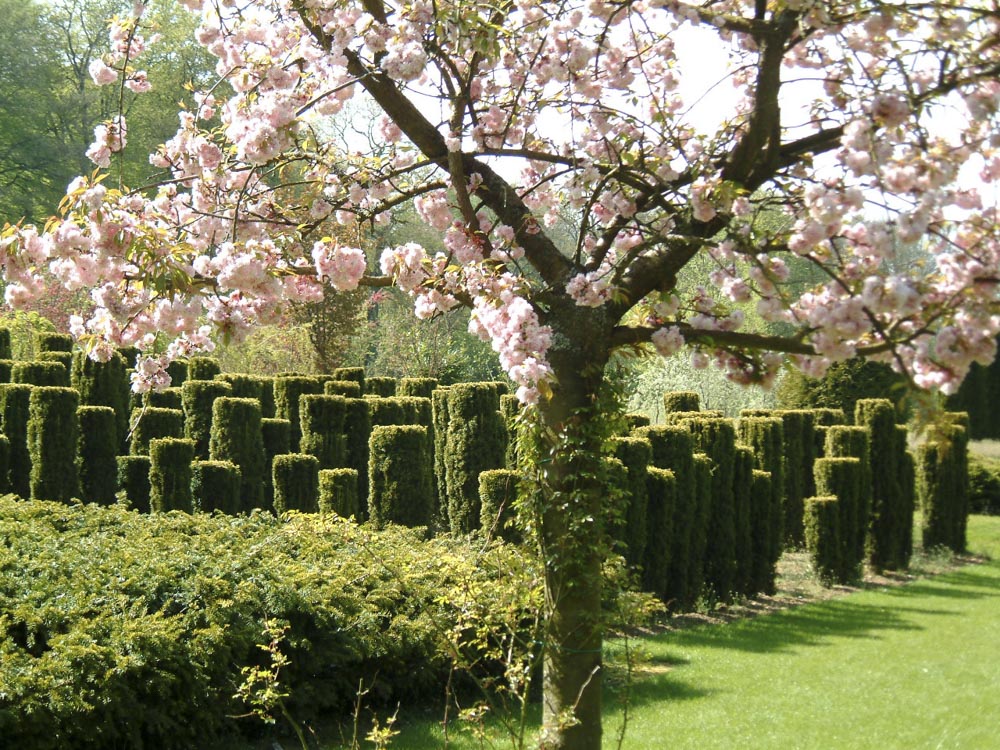 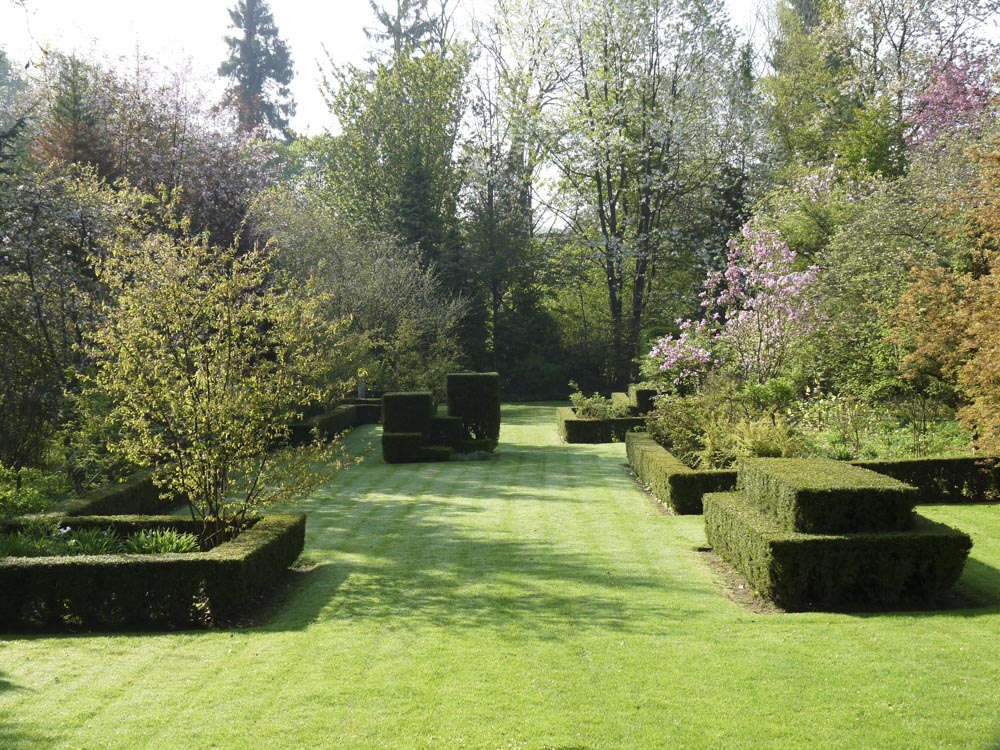 Les Jardins de Sericourt are situated in Sericourt between Amiens and Bethune in the Pas de Calais, 30 minutes from Hesdin.  Yves Gosse de Gorre designed the garden in 1985. Winner of the “Best Park in France 2005 prize”. It also won the 2012 ‘Garden of the Year’ awarded by garden journalists (AJJH). The Jardin de Sericourt is one of France’s listed ‘Jardin Remarquable’.

The large garden, which covers 4 hectares, has a series of garden ‘rooms’ and alleys linking different areas. A lot of attention has been given to clipped box and there is one particularly beautiful alley which passes through box clipped into cones and spirals and balls all along the route.

Particularly inspirational is the ‘warrior garden’ designed to commemorate the nearby WW1 battlefields. Armies of different species of Chamaecyparis face each other and bomb craters are recreated in ivy.

The “rose cathedral”, a massive rose tunnel is a highlight but also the use of climbing roses to cover large trees in the garden is a treat .

The geometric garden is a kind of parterre filled with hemerocallus, asters and other perennials and is particularly beautiful in the autumn. In the canopy of the trees are some incredibly large hostas.

Address 2, rue du bois, Séricourt, France
Opening times All year. Tuesday to Saturday. Open 9am to 12pm and 2pm to 6pm. Also open Sunday and Monday 3pm to 6pm from May to September.