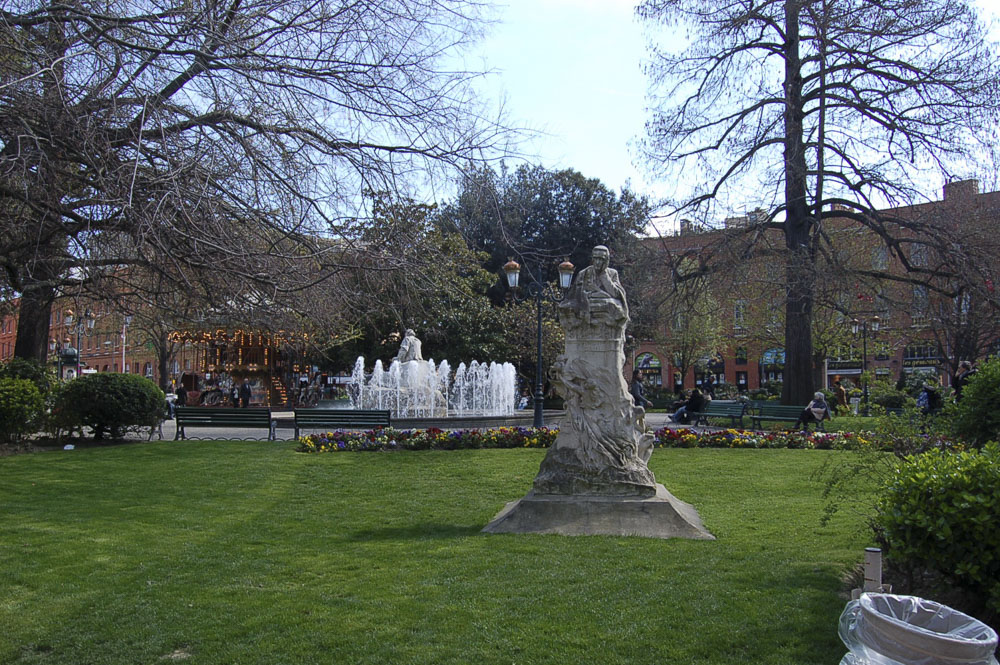 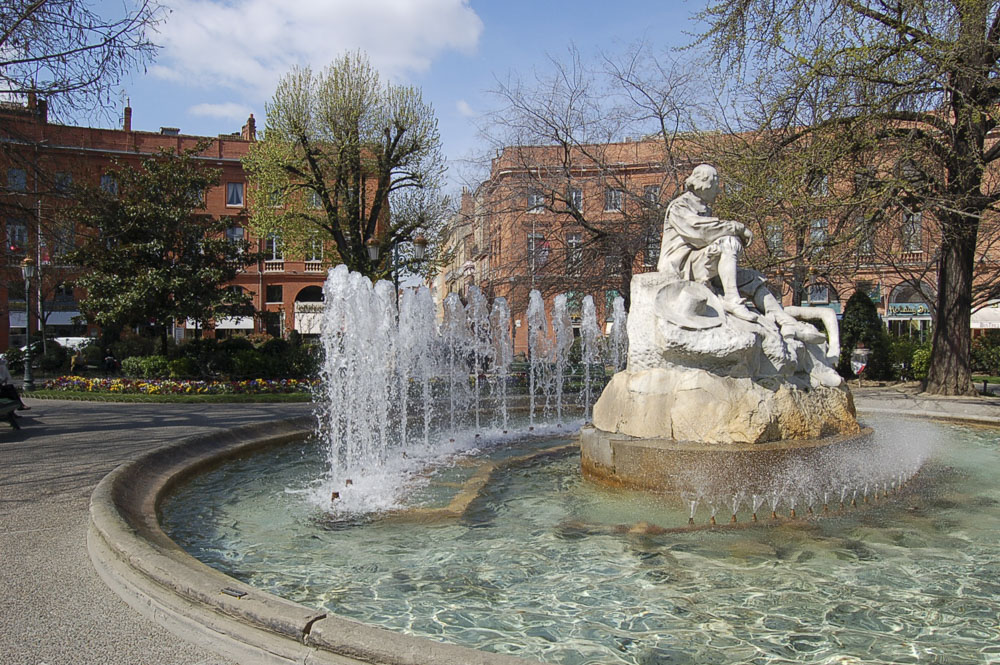 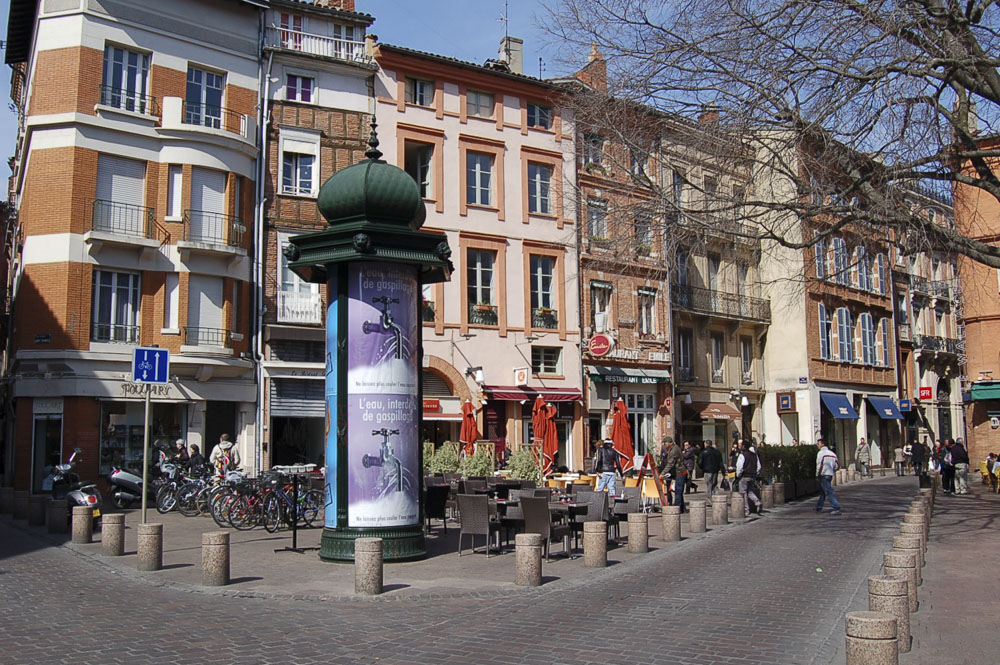 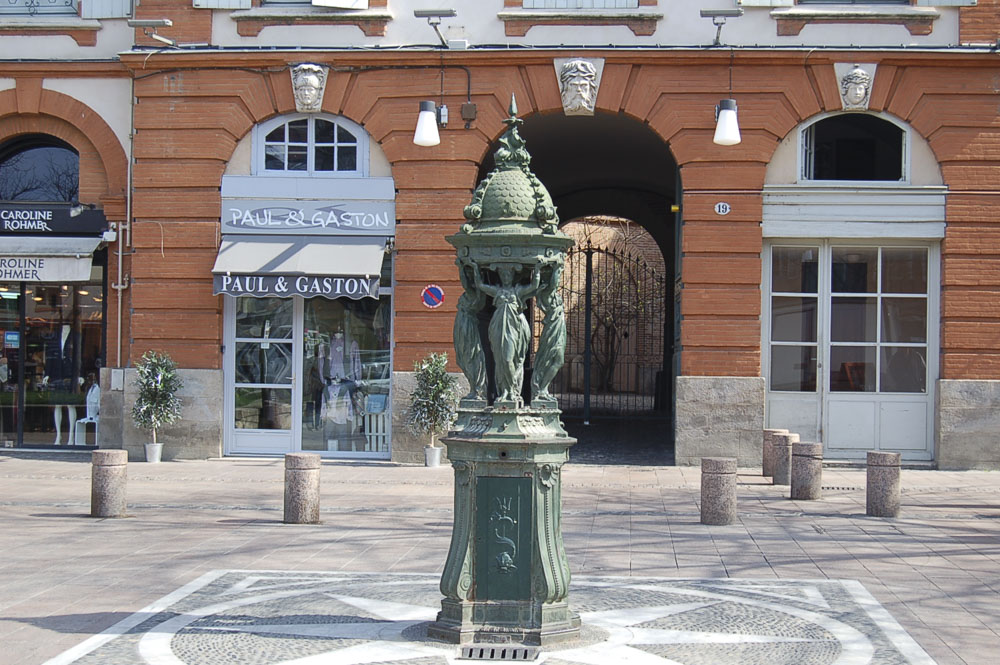 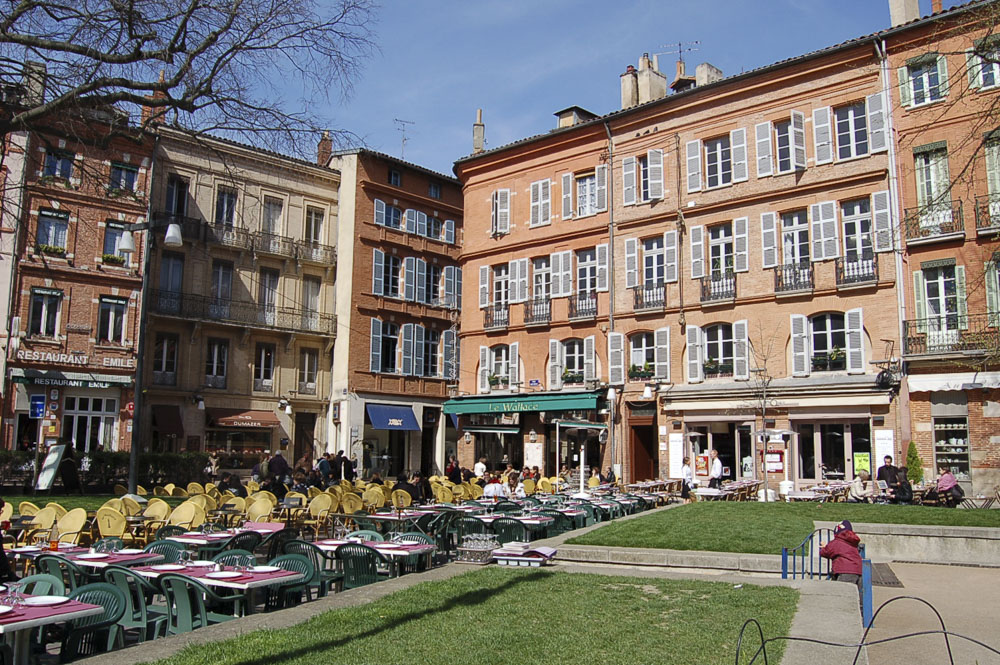 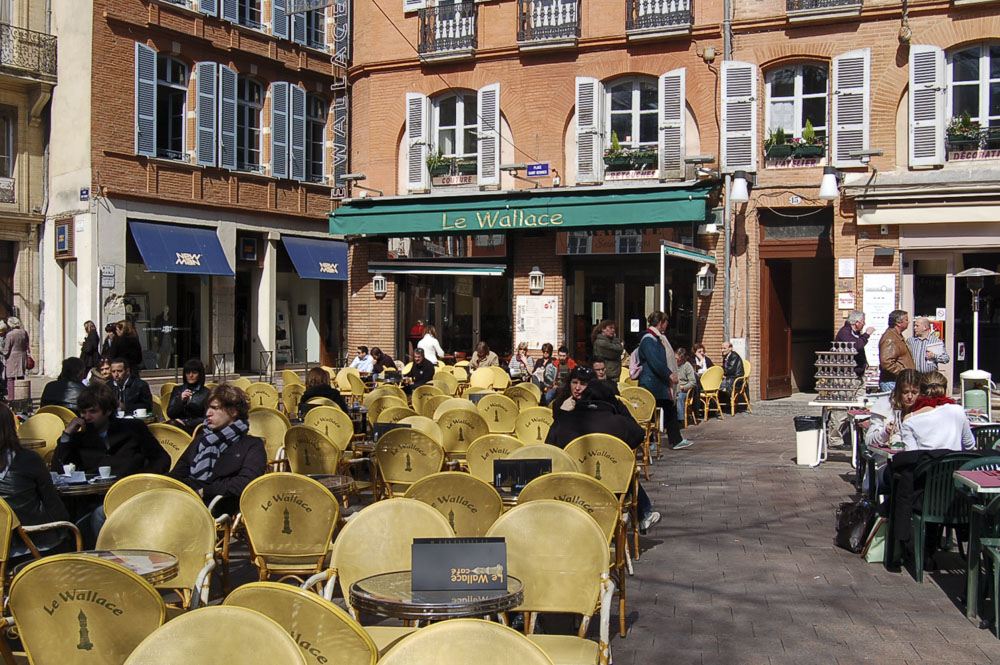 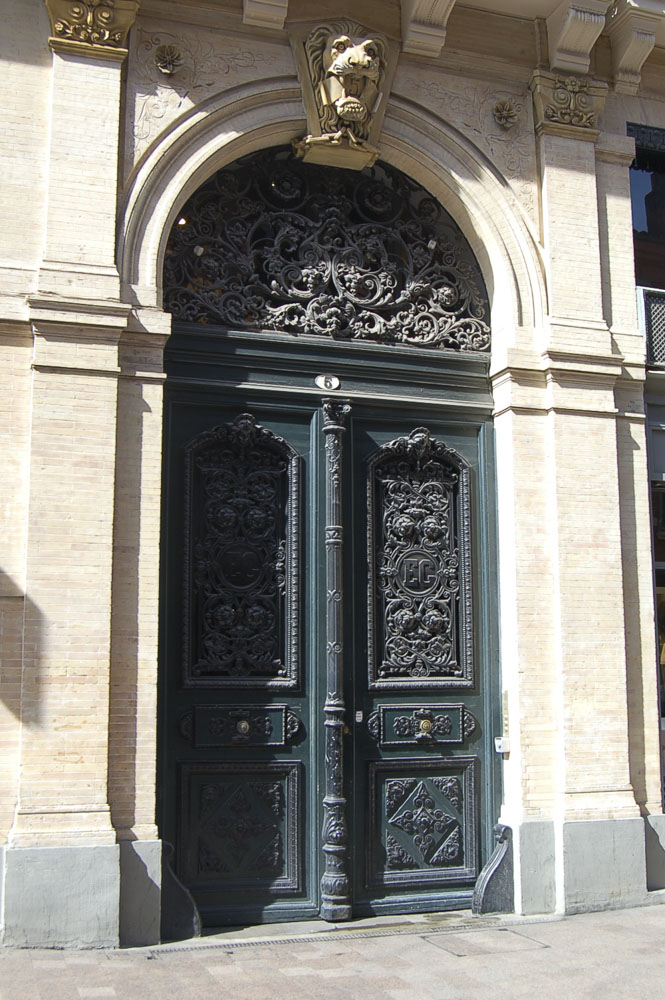 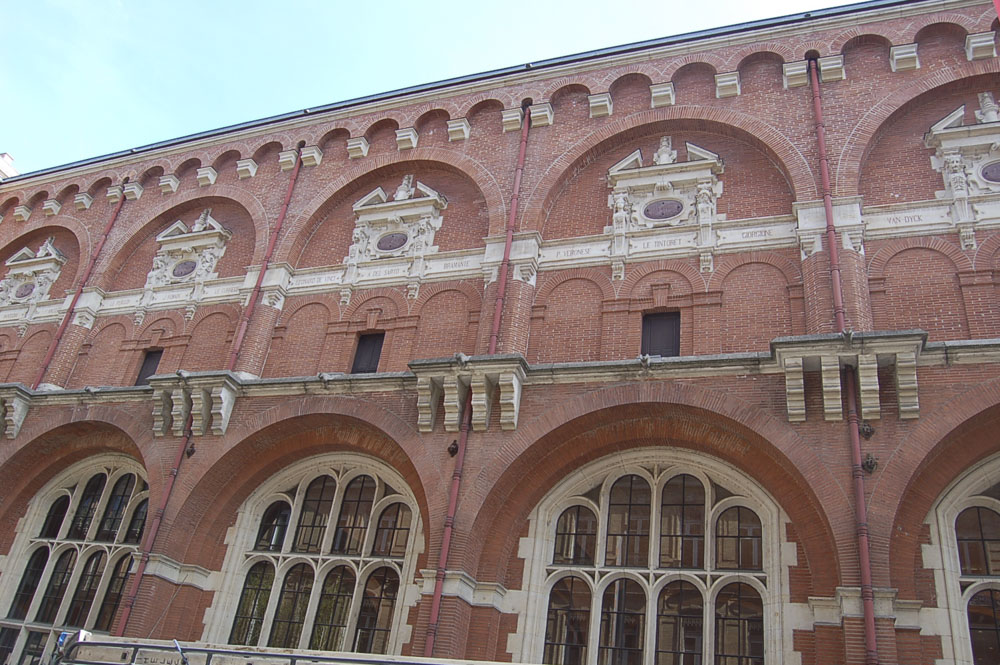 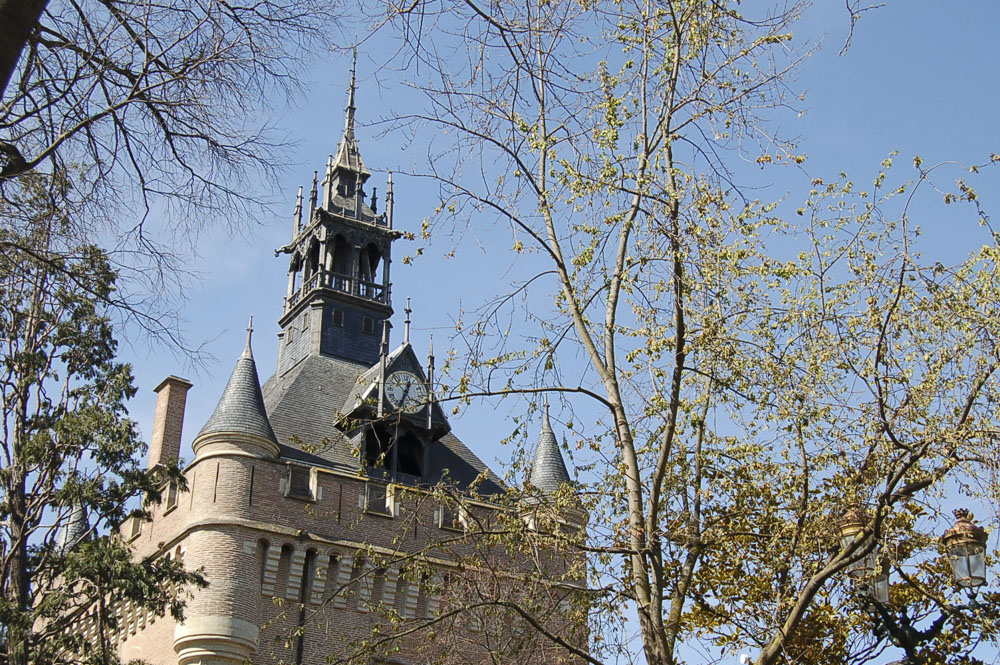 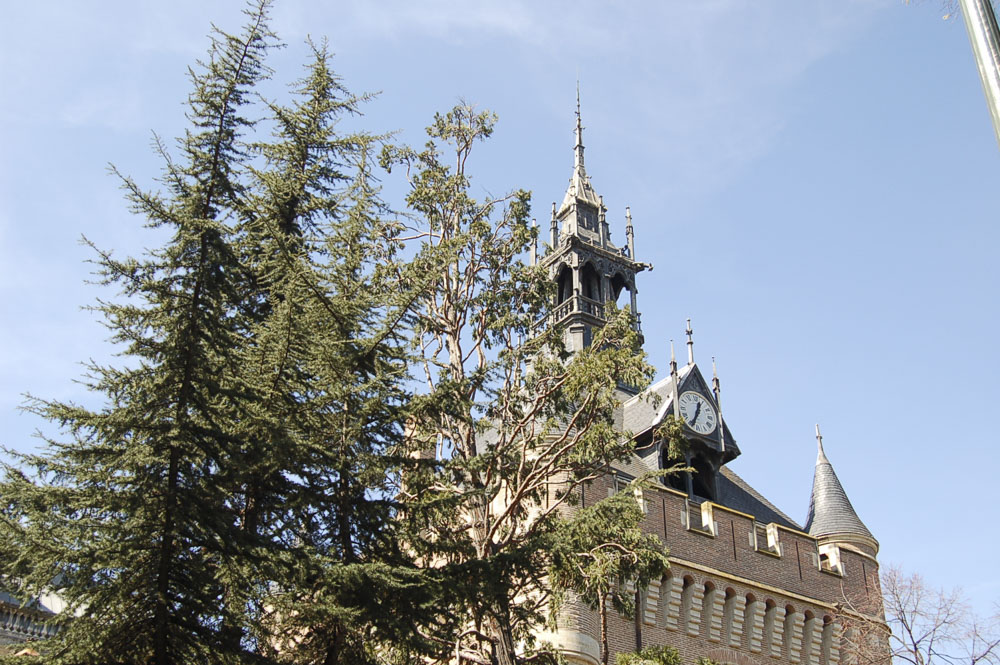 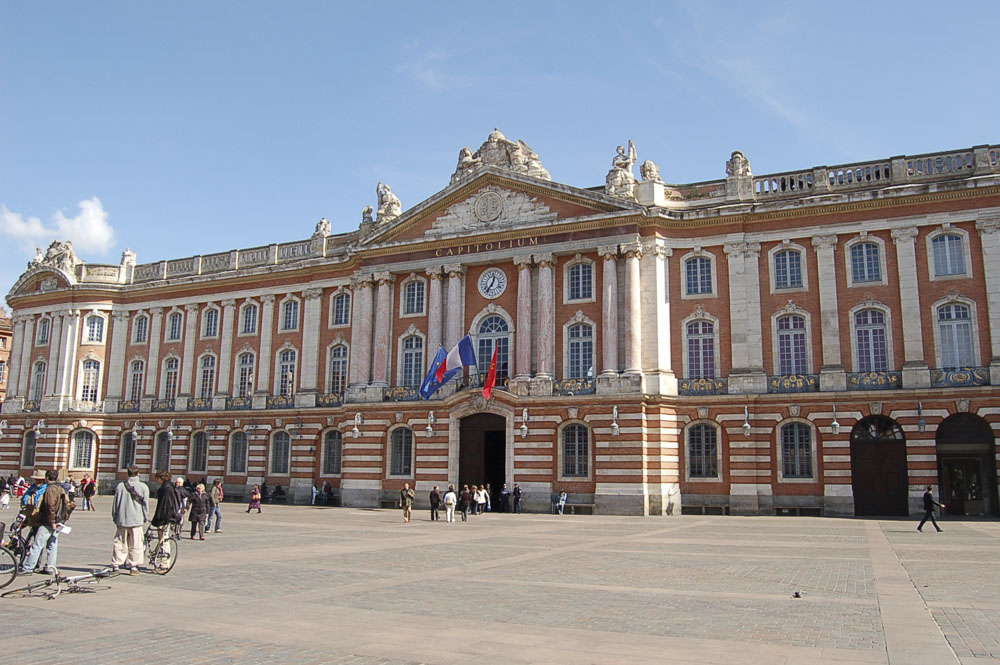 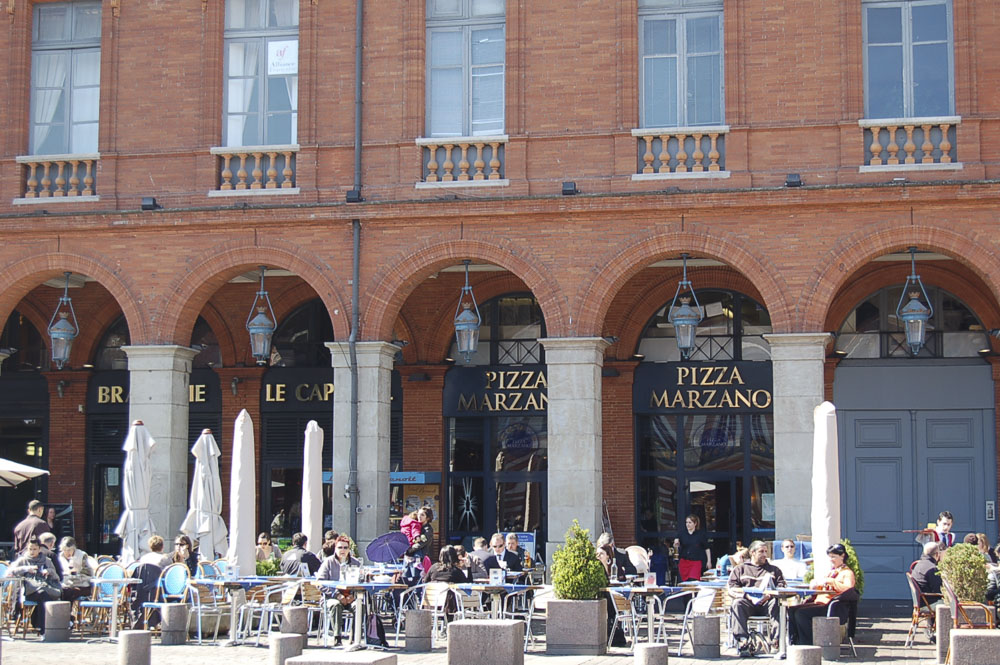 Toulouse, the cultural and administrative centre of the southwest is where the Languedoc meets the Midi Pyrenees.  It enjoys an enviable location, halfway between the Atlantic and the Mediterranean with a choice of local ski resorts close enough for a day trip.  A vibrant university city with the second largest student population of France, the campus was founded in the 13th century and from the 18th century it became the leading university outside Paris .  Historically chosen to pioneer the aviation industry in France because of its geographical position as far as possible from first world war battle lines, it has progressed to become home to the aeronautical, space, electronic industry and research industries, most notably Airbus and Ariane.  Visits to the assembly lines for Airbus at Aérospatiale’s Clément Ader factory demonstrate the different stages of an aircraft’s construction whilst the Cité de l’Espace with its 3.5 hectares site includes a planetarium and a life size space rocket, Ariane 5, offering a fascinating insight into the world of launch pads and satellite deployment.

Book a Hotel in Toulouse

Scattered along the banks of the Garonne, the town is known as the city of ‘brique rose’ because of the soft pink colour of its brick buildings.   A prime example of this, the town hall or ‘Capitole’ has retained its layout since 1190 but was completed in its present form in 1759.  Its elegant façade with eight marble columns and statues, symbolising the eight ‘capitouls’ or municipal magistrates, stretches for 124 metres.  Above a gateway to the Cour Henri IV, is the only statue of the king to be made of him in his lifetime and it was here that his godson, the Duke of Montmorency was beheaded, as a plaque testifies in the centre of the courtyard.  The Place du Capitole has many lively cafés including Le Bibent with its listed baroque décor.  A market is held here every morning and all day on Wednesdays.  One of many theatres in Toulouse, the Théatre du Capitole presents a variety of ballets, concerts and operas and every autumn hosts the international church organ festival.  There are no less than nine museums covering everything from photography and natural history to archeology and art from the renaissance and middle ages as well as works of modern and contemporary art.

The Canal du Midi, the brainchild of Pierre Paul Riquet, commenced in 1681 and completed in 1867, is a major feature of the area and the towpaths along its banks have been recognised and classed as a monument of world importance by UNESCO. Together with the bridges and brick dykes, it is an essential part of the local landscape with the Pont Neuf dating from the 16th century, one of the most notable landmarks.  Toulouse was transformed by the discovery of the plant of ‘pastel’ or wode which provides a blue pigment used in textile manufacture and art, until it was superceded by the discovery of indigo. The Hotel de Bernuy is the sumptuous home of Jean de Bernuy, one of many affluent pastel merchants in the 16th century and is one of the finest examples of renaissance art in Toulouse.   The many restaurants offer a variety of mouth-watering local specialities from foie gras and cassoulet to Toulouse sausages, magret and confit and other delicious dishes. The surrounding departments yield a plethora of good wines and armagnac to accompany these gourmet delights.

Of the four cathedrals in the city, the Basilica of Saint-Sernin is named after the first bishop of Toulouse who was martyred in 250 by being dragged through the city by a bull for refusing to participate in a pagan ritual.  A significant landmark on the route to Santiago de Compostela, it is one of the finest examples of Romanesque churches in the world, dating from the 11th and 12th centuries.  The cathedral of Saint-Etienne spans the 11th–17th centuries combining Languedoc and French gothic architecture and has beautiful stained glass windows, 17 chapels and an impressive organ.  The Convent of the Jacobins, founding establishment of the order of the Dominicans, is an imposing monastic ensemble of buildings comprising the church, the chapel of Saint Antonin and the cloister.  Entirely brick built, the austere exterior belies the beauty and lightness of the interior.  The twin nave is separated by palm tree columns 72 feet high with ribbed vaults spanning out. The Augustins Monastery became a museum at the time of the French Revolution to gather together the remains of those monuments which had been destroyed.  Over the years it has become one of the richest museums in France with an exceptional collection of paintings and sculptures.  The Donjon, built in the 16th century and entirely restored in the 19th by Viollet-le-Duc, was the site where all the city’s archives and precious documents were stored and is now home to the Office de Tourisme. 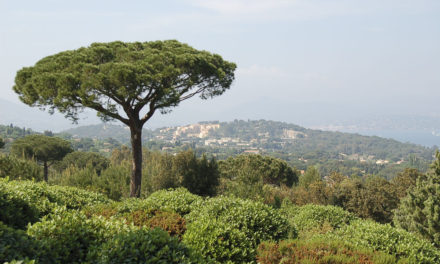 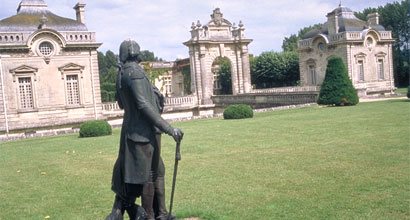 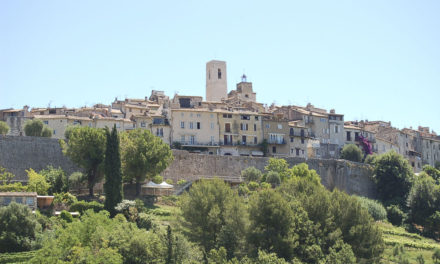 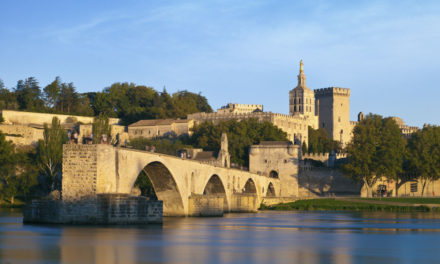