Sens, on the banks of the Yonne once had an amphitheatre, thermal baths, a forum and a long aqueduct. A Gallo Roman villa discovered in the basement of the Museum during its inception, remains integrated into the museum. The reconstructed façade of the thermal baths indicates the scale of the buildings of the era. Saint-Etienne is the first of the Gothic cathedrals, with superb stained glass windows. St. Thomas à Becket lived in the town for a while during his exile. The Yonne has many delightful medieval towns to visit including Villeneuve-sur-Yonne and Joigny which, despite a fire in the 16th century, still has the “Maison du Bailli” with its beautiful carved grapes, garland and medallions amongst the many half-timbered brown roofed houses nestling round the Château. At the confluence of the Yonne, Armancon and Serein rivers, Migennes is the perfect place to board a barge and explore the Burgundy canal which extends for 242 kms with 189 locks.

Towns in the Yonne

Book a Hotel in the Yonne

Rent a Chateau in the Yonne

The old houses of the attractive town of Auxerre have the flat tiled roofs so typical of northern Burgundy. Towering above them, the spires of the Gothic church, Saint-Pierre and the cathedral of Saint-Etienne dating from the 13/14th centuries, have superb stained glass and rose windows which are comparable to Chartres. The oldest known frescoes in France (9th century) are in the crypt of the Romanesque bell tower of the Abbey of Saint-Germain. A statue of St Nicholas, patron saint of bargees, watches over the square of the charming ‘Marine Quartier ‘ where you can sample the local Chablis. At the centre of some 5,000 hectares of land designated Chablis since the 13th century, lies the town of the same name. One of the largest producers of white wine in Burgundy, with four appellations from Petit Chablis to Chablis Grands Crus, the wines are produced from the Chardonnay grape, particularly suited to the Chablis soil.

Unusual for its long silhouette with no towers, the elegant choir of the Cistercian Abbey of Pontigny is a superb example of the Gothic style whilst the Abbey also has Romanesque elements. St Thomas à Becket lived there for four years. East of Chablis is the splendid 16/17th century moated Renaissance Château of Tanlay, whilst the impressive Château of Saint-Fargeau is a massive pentagon with six towers crowned with belltowers and a beautiful inner court created by the architect of Versailles, Le Vau. Noyers on the River Serein with its cobbled streets is the perfect example of a medieval market town. The Porte Verrotte is decorated with virgin and child, patron saint of winegrowers. Perched on a rocky promontory, the delightful medieval town of Avallon, with gallic origins has a 15th century salt warehouse and 11th century church. The clock tower and the Palais de Justice are all that remains of the former fortress. There are costume, Avalonnais and agricultural museums, the latter depicting the era of horse drawn carts.

The Château de Monjalin houses an amazing collection of prestige cars of Heads of State including Kennedy, De Gaulle, Eisenhower, and even a Popemobile. The owner, a passionate enthusiast of old automobiles, gives guided tours which should not be missed! Finally, on the edge of the Morvan national park is Vézelay, founded in the 9th century where throngs of pilgrims came and from whence Richard Coeur de Lion left to lead the Third Crusade in 1190. With the relics of Mary Magdalene affirmed by the Benedictines of St Maximin in Provence in 1280, there is an annual feast of St Mary Magdalene every July. Founded under Cluny, the Abbey suffered from many revolts and religious wars. Destroyed by a terrible fire in 1120, the rebuilt church is a masterpiece of Romanesque architecture classed as a Unesco World Heritage. It contains the sculpture of the ‘Mystical Mill’ summarising the whole of the bible. 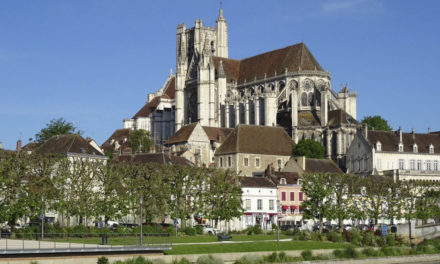 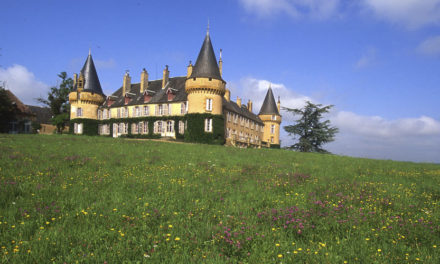 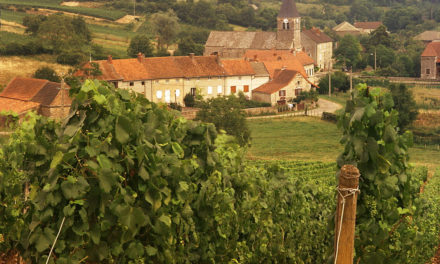